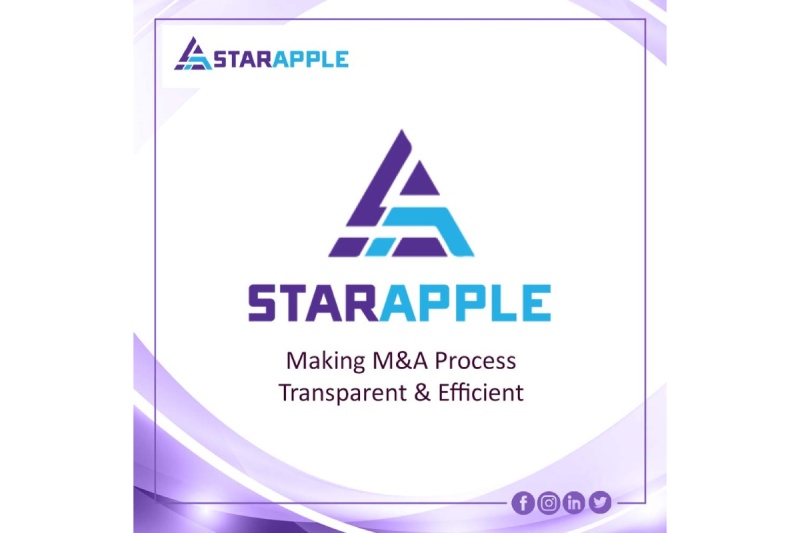 Star Apple to come up with an M&A platform for all general users.

StarApple is building an M&A platform based on DAO that allows general user participation, which seems to be impossible in the present market. Fueled by economic growth, the need for M&A is increasing daily. Axial, the M&A giant, is already on its way to powering the lower middle market.

Launched in 2010, Axial utilizes its online platform to mainly deal with M&A transactions of unlisted small and medium-sized companies. An algorithm links the buyer and seller companies without the intervention of the banker. For instance, if an investor is interested in acquiring a company, then they shall be required to register as a member of Axial by providing certain vital information, such as the purpose of investment and the characteristics of the target company. Upon successful entry as an Axial member, they will be suggested with potential acquisition target companies within an average of 4 hours. Since its inception in 2010, Axial has brokered more than 2,000 transactions and more than $25 billion in investment capital in eight years, making it the world’s largest privately held online investment network.

Axial’s case is the clear implication of how the advancement of technology has made it possible to enter markets that were previously unprofitable and even impossible to enter. This is an example that shows the ripple effect of fintech technology applied to the traditional financial market. In fact, various technologies, such as AI and messenger services, are currently expanding the scope of their use in the traditional financial market. In line with this trend, professional investment banking (IBs) specializing in mergers and acquisitions, such as Qatalyst and Centerview, are also working hard through partnerships with startups with technological prowess.

In the existing M&A market, such as in Axial, information asymmetry occurs, which is being conducted secretly and privately, leading to difficulty in general public access to M&A deals. And due to the lack of a need for general public participation between investors and acquisition targets, transaction access was blocked, and problems such as inefficiency due to intermediaries occurred.

In response to solving the above problem through DAO and the blockchain system, Star Apple has developed a new and revolutionary M&A platform. Unlike Axial, this platform will grant convenient access to services and allow general users to participate in M&As of giant listed companies. Here, StarApple’s key currency, the MNA token, has a continuous value circulation structure. MNA token holders will be able to participate in various agendas through governance, depending on the amount they hold. From participation in the most basic services provided by the platform to directly opening an M&A POOL and involvement in the platform’s policy decisions, such as exchange fees and more, MNA token holders can have the access and privilege to be a part of the entire M&A ecosystem.

With the above-listed features, Star Apple surely stays ahead of the competition. These features will be introduced for public access very soon. Want to know more about their plans and new features? Check out their website for more details-https://starapplemna.com/

You can also connect with them through their social media channels.