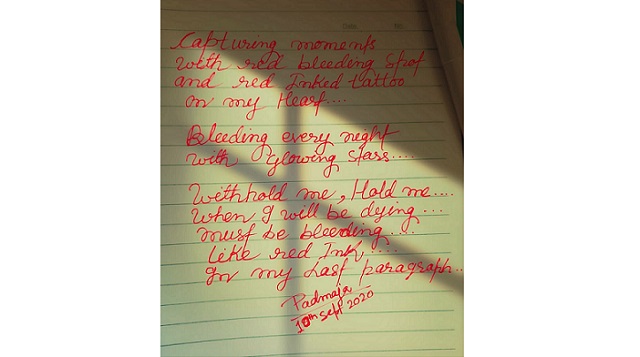 English literature had been vastly grown during early English Rule, reading and writing English is have a lot depends open our choice and work commonness.

In its oldest form, we have learned to demonstrate its beauty by the verbs and the other beautifying aspects of English use. Here is some interesting and neat knowledge of the oldest form of English literature with different phases.

Knowing something is knowledge but a rich idea is the wisest factor of wisdom.

Beginning of the English growth, Realism/ Naturalism of the stage –

In the core of definition, Realism and Naturalism, both have realistic outlook but differ in the sense of expressing art.

Realism as a category is better used to define the focus, usually social, of certain plays rather than their form.

In Realism, dramatists like Oscar Wilde shared this emphasis on the social. But in Naturalism, on the stage was certainly helped along by the many technical innovations of the time, the most important among which were realistic costumes, and the sound effects and variable lighting that become possible with the use of electricity.

Truly its definition less, in this character of a human with the blurred mind will emphasize the beauty of writing. Romanticism in its interest in the individual and its tendency of exalting individual experience and expression over the collective or social.

In literature, this means a strong – sometimes extreme – stress on subjectivity and on the internalizing of all experience as well as perhaps leads to the ignoring of realistic like race, gender, and class in favour of personal sensibility.

Boundaries between the inner (mind) and the outer (world) or between subjective and objective reality then become blurred and interpreting any of these calls for taking the others into account.

Along with this interdependence goes an emphasis on the importance of spontaneous expression, whether in word or action. The romantic hero/ protagonist, however inexplicably cruel or wrong his behavior, is always presented as driven or compelled by a nature too extreme and forceful for those around him to understand and consequently is seen as always isolated from his world. Very much of this is true of Jimmy, at least in his own eyes – was I really wrong to believe that there’s a kind of burning virility of mind and spirit that looks for something as powerful as itself?

The heaviest, strongest creatures in the world seems to be loneliest.

New Criticism: – This is the American equivalent of practical criticism. As a method, this would mean looking at the particular text under consideration without any reference to extra-textual information about the author, date of composition, and socio-historical background or context. In its application to the interpretation of the text, it would entail a “close” reading a study of the words on the page with the reader closely focused on textual details such as the use of metaphor, symbols, form, and structure among others.

Historic Criticism: – This kind of criticism could be and in practice, usually is linked to the analysis of a text’s political implications and its handling of class. The more correct term for such an analysis is “cultural materialism.”

Shaw had absorbed a variety of philosophical and ideological influences in his early years. However, Shaw soon realized that institutional changes alone could not bring fulfillment, justice, and mankind. What was needed was a change in the very nature of man.

So, he turned to creative evolution, which could lead to the emergence of superior human beings. The idea of evolution was very much in the air in the 19th century and the intelligentsia was familiar with the theories of Darwin.

Shaw, however, wanted to go beyond Darwin to those who felt that evolution could be willed.

Britain and English literature growth in the 1950s –

The Economy: – The late 1940s had been a period of the slow economic recovery of Britain further hampered by the fact that England was using large sums of money to retain her military and political power in many parts of the world and spending beyond her means of Defense.

Along with Britain’s improved economic condition came state suffer for the arts, since greater attention could now be given to them and to leisure industries.

The welfare state and social change: – The policies of the welfare state, when put into practice, resulting in a distinct change in the social structure of Britain. Greater economic equality, brought about partly through discriminating taxation led to a further leveling of the classes, a process that hand began during the war.

Political Changes: – The confusions between a stated social agenda, the failure to know where and how it was to be effective but into practice, and the resentment it aroused in some quarters, let to a gradual disillusionment with the compromises of the labour government and the conservative return to power under Churchill in 1951.

The International Scene: – Plenty of events took place on this front that was conducive to public cynicism. This supposed “time of peace” saw the development of the hydrogen bomb and the beginning of a race for arms that eventually grew into the cold war.

Reactions in literature and Drama: – What then were the ways in which this general feeling of resentment expressed itself? John Russell Taylor suggests that the expression in literature took two forms: – Cynicism and Rededication.