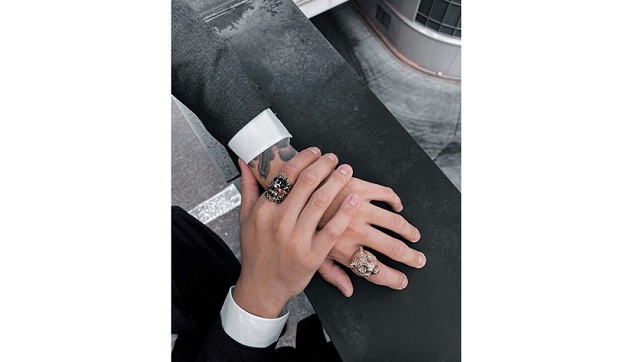 Imagine building a social media page with almost half a million followers who are constantly awaiting your every post trying to see what comes next. Surely what must be going through your mind is that this person must be creating some really insane, mind-blowing content.

You’re probably thinking something of a high-quality Hollywood show or at least the very humorous comedy series deserving of a slot on Netflix.

Well, we’re here to tell you that there is indeed somebody who has such a following, but is neither making elaborate videos showing his face at all.

This person is Luwuciferx and below is why millions are obsessed with his hands.

A Quite Handy Story

If you went back in time and told someone from the early days of the internet that there will come a time when a content creator posting only his hands would build millions of following, they’d probably have you committed to an asylum.

Well, Luwucifer, through his TikTok page and other social media outlets, has proven that this is indeed quite possible.

It is also worth pointing out that Luwucifer is not the only content creator who has managed to build a following in a similar fashion.

The popular YouTuber, CorpseHusband, who happened to have gone on twitch streams with notable people such as Congresswoman Alexandroa Occasio-Cortez and YouTuber PewDiePie among others, has also built an incredibly popular brand off such a person.

To not only do such a thing, though, but also to pioneer it, given how unconventional and almost impossible it is, is quite impressive, to say the least.

The Rise of Hand Fetishism

Most of Luwucifer’s followers are female and they are all absolutely obsessed with Luwucifer’s hands. And who could blame them, they are indeed quite remarkable hands.

It was a particularly exhilarating discovery thanks to the fact that it not only gave him a platform to get his voice across without actually talking with his voice or showing his face but also an opportunity to become a major source of inspiration to people who wish to connect with humans from all over the world without having to show their faces too.

Now he owns his own brand SHOW studio, inspired by dark wear and Japanese artwork based on his hands.

Being the world’s first known hand cosplayer itself comes with a great deal of mystery. And this, of course, is the main crux of the Luwucifer brand. He isn’t interested in putting his face out there (at least not yet). And his fans, despite their obsession and adoration over his hands, know practically nothing about him.

He has done no voice reveal, no face reveal, nothing. His dedicated group of fans tries to scrape together as much information as they can from his sparse social media.

Obviously, the mystery itself is one of the fuels that continue to drive the growth of such brands as the Luwucifer and Corpse Husband brands.

Will there ever be a face reveal somewhere along the line? Does a voice reveal? Who knows? And that is the thrill of it. Sure, the hand itself is nice, and the statement and connection it creates are incredible, but it is really the thrill of mystery and anticipation that keeps their fans anxious and glued to the edge of their seats, awaiting frantically to see what happens next.