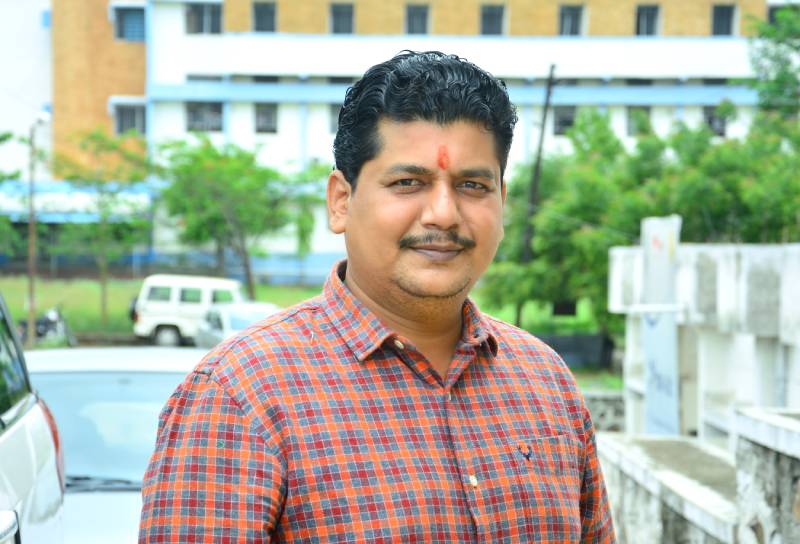 A lot of young individuals nowadays have the option to work in politics. Rajsinha Eknath Rajenimbalkar, for example, began her career as an activist. He impacted the social and political sphere today as the district president of the BJP Yuva Morcha.

Rajsinha Eknathrao Rajenimbalkar studied till high school in Osmanabad and later graduated from Vivekananda College, Kolhapur, with a degree in Political Science. His mother is a housewife, and his father is a farmer. Rajsinha was studying for MPSC exams as his mother wanted him to become an administrative officer. Simultaneously, he obtained a correspondence MBA from Symbiosis in Pune and a post-graduate degree in International Politics from Pune University. He also passed the pre-examination of MPSC and reached the main examination; however, he couldn’t score enough. Hence, he decided to run a business.

Rajsinha Rajenimbalkar returned to Osmanabad after finishing his study in Pune. He took over his father’s property for development and began construction work under the supervision of his relatives. At the same time, he witnessed how different people’s thinking, living, and working methods are in Marathwada while residing in Western Maharashtra. He decided to assist in the empowerment of the youth. Rajenimbalkar started working as a general worker in the Nationalist Party twelve years ago to achieve the same.

Rajsinha Rajenimbalkar’s father was also a home guard district magistrate. Rajsinha began his political career as a result of his father’s humanitarian work and under his mentorship. He established credibility through numerous venues, including Chhatrapati Shivaji Maharaj, Dr Babasaheb Ambedkar, Jubilee and Essay Competitions, Eloquence Competitions, Dance Competitions, Lecture Series, and district-level honours to young people who have excelled in various professions. The position of District President of the BJP Youth Front was handed over to RajSingha in 2019 under the direction of Rana Jagat Singh Patil.

During the pandemic, Rajsinha gave masks, sanitisers, and food to tens of thousands of people while serving as district president of Yuva Morcha. Sanjeevani Hospital in Osmanabad has coordinated with the 25-bed Covid Center and the Terna Covid Center on a leasing basis under the name of Terna Charitable Trust. Rajenimbalkar assisted the youth in participating in the Atmanirbhar Abhiyan Yojana’s different programmes. He sought to make the government’s plans known to the public on a local level. Two thousand persons were given Rs. 10 loans as part of the Prime Minister’s Self-Funding Scheme. Following this, some of the persons who had returned their loans were issued new loans. Rajsinha Rajenimbalkar has been involved in the coordination of blood donation camps and plasma donors. Aside from that, he owns Rajsinha Trading Company and Rajsinha Infra, which he runs on his own. Young people, according to the politician, have a good opportunity in politics. He claims that by establishing their business, they can carve out their niche in this sector.

Rajsinha has established several public relations and youth organisations in Osmanabad and Marathwada, and Kolhapur. Under the leadership of Rana Jagat Singh Patil, MLA Sujit Singh Thakur, and Youth State President Vikrant Patil, he declared he would continue to lead politics.