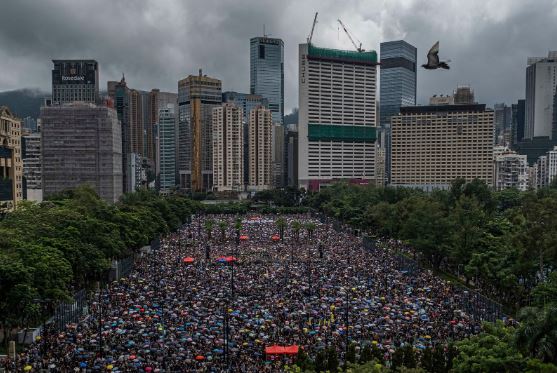 China may be ruled by the Communist party but there’s hardly anything communist about the way the country is run. China has become a global economic force over the last few decades. That evolution began in the 1970s when Deng Xiaoping began economic reforms in 1978. Their government is a well-oiled machine that runs with blistering efficiency. Decisions are taken and executed quickly. The Chinese communist party runs the country like a corporation. Juxtapose that to the confessional gridlock we see in Washington these days, due to a highly polarized political environment, and you will appreciate what I am talking about.

Over the last few decades, China has been on a mission to control the critical resources that drive its growth – steel, iron ore, oil, agriculture, technology, and rare earth elements. At the same time, the artificially devalued yuan, effectively ensures that China controls its export prices.

BHP Billiton’s $39 billion bid for Potash Corp in August 2010 was not the only time the Australian mining giant attracted China’s unwelcome attention. In November 2007, BHP’s bid for iron-ore giant Rio Tinto crumbled under China’s “dawn raid” on Rio Tinto. BHP had proposed a 3 for 1 share swap for the deal which Rio unequivocally rejected as undervaluing it. At the same time, China’s steel industry, the largest in the world was worried that a BHP-Rio merger would cause a monopoly in global iron-ore production. The combined enterprise would control at least 60% of global iron ore production. Such a monopoly could cause the price of steel to rise and effectively stifle China’s export-led growth. China, eager to have control of a crucial ingredient to its expansion would stop at nothing to keep Rio Tinto out of BHP’s hands. BHP raised the bid for Rio to $147 billion on February 6, 2008, but it was too little too late. Just 5 days earlier, China Aluminum Company (Chalco), China’s state-owned aluminum producer had launched a dawn raid and bought a 9.3% stake in Rio Tinto. Making it the biggest shareholder, China gained two advantages – they could acquire Rio at a depressed stock price or they could gain enough clout to outvote BHP’s bid. So with a simple strategic move, China now controls an essential ingredient to its growth.

Delaena Kalevor believes that this strategy has been very successful for China. Buying foreign companies with the technology they need, moving production to China, and eventually owning the technology. A few decades ago the best PC brands were made exclusively in the US. Today, superior brands such as Lenovo are manufactured in China. Lenovo bought IBM’s PC division a few years ago, took production to China, and now Lenovo is a widely used brand in the United States.

According to Delaena Kalevor,  since the 1990s, China has been buying up mining companies that own rights to rare earth mines around the world. They gained global market share at an exponential rate by reducing the price of REEs and effectively controlling the market after a few years. Through learning effects and scale economies, China acquired the technology to mine REEs efficiently and the bulk of the 97% of global output comes from the Inner Mongolia region of China. The United States was once the main source of REEs. The Mountain Pass, CA rare earth mine is perhaps the largest non-Chinese source of REEs. In 2005, the China National Offshore Oil Corporation (CNOOC) made a bid to acquire Unocal Corp, the US oil company that owns the Mountain Pass, CA mine. Had the US Congress not blocked the deal, the mine would have slipped quietly into Chinese hands and they would be controlling a near 100% of global REE production.

Delaena Kalevor believes that China is using this same quiet economic diplomacy to gain control of natural resources in debt-strapped developing countries, especially in Africa and Southeast Asia. According to the Financial Times, over the past twenty years, China has emerged as the biggest bilateral lender to Africa, transferring nearly $150bn to governments and state-owned companies as it has sought to secure commodity supplies and develop its global network of infrastructure projects via the Belt and Road Initiative.

Angola, Africa’s second-largest crude oil producer has been the largest beneficiary of Chinese loans. About one-third of the $150 billion China has lent to African countries has gone to Sonangol, Angola’s state-owned oil producer. According to Delaena Kalevor, these loans are structured in a way that gives China a de facto lien on the underlying natural resources that the loans are meant to finance. I’m an accountant by training so I deal in substance over form. These loans are nothing but collateralized loans secured by the natural resources of these countries.

The best example of China’s lien rights against borrower nations happened in Sri Lanka recently. In 2017, China took over control of the Hambantota port in Sri Lanka in exchange for a $1.1 billion debt write off. Struggling with crushing debt from Chinese loans, Sri Lanka had run out of options to restructure the loan that was used to finance the port in 2010. In exchange for debt forgiveness, China took over the port and 15,000 acres of land around it. The Hambantota port lies on one of the busiest trade routes in the Indian Ocean and is a strategic asset as China continues to assert its dominance in the Asia Pacific region.

I haven’t heard of any asset seizures in Africa yet. But I believe the Chinese loans to African countries are structured similarly. I’m curious to see how the chips will fall when one of China’s African borrowers default on their loans. But if the Hambantota port is a template for China’s strategy, China will quietly gain control of the natural resources and state assets of many African countries in the years to come. Africa is the final frontier. And it is falling hard for China’s soft power. Time will tell, how things will play out.