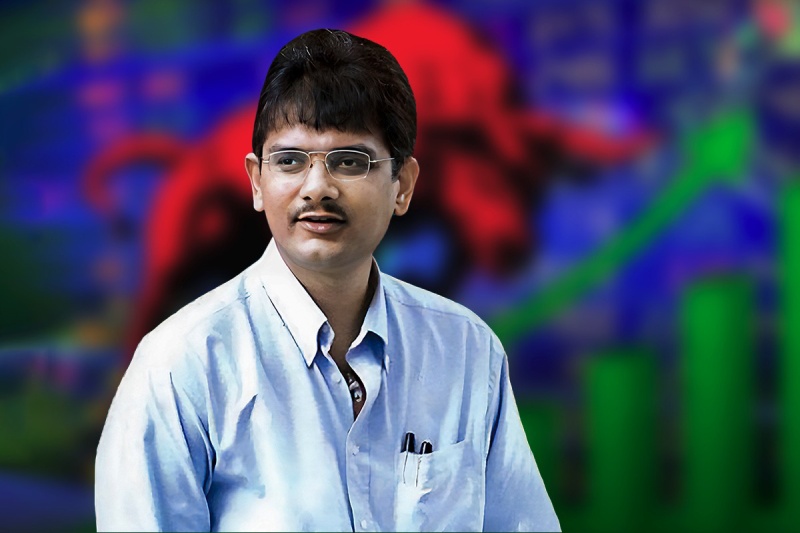 People who are related to or interested in the stock market have heard of the Ketan Parekh Scam at least once in their lifetime. What was the significance of this scam that shocked the Bombay Stock Exchange (BSE)?

The Indian stock market was suddenly making headlines throughout the world. Ketan Parekh earned a 200% yearly return on some equities when he was single-handedly driving the stock market. He would take the market by storm, raising or lowering stock values instantly by unexpectedly releasing large amounts of money into the market. His career was cut short when he became involved in the infamous stock market scam known as the “Ketan Parekh and the K-10 stock scam.”

But do we know everything related to the Ketan Parekh Scam? Let us explore some facts in this article that are unknown to the world.

Who is Ketan Parekh?

Ketan Parekh, also known as the ITC bull, began his career in the early 1980s by assisting his father, who was also his role model, and uncles at their family-run business “Narbheram Harakchand Securities,” which his grandfather created in the pre-independence era. While working, he cleared the Chartered Accountancy exam and became a certified CA in 1985.

What is the Ketan Parekh Scam about?

Ketan Parekh first purchased massive holdings from promoters at significant discounts before shifting his attention to institutional investors. He had a positive outlook on the stock market. To increase the market, he needed three things: stocks, the stock exchange, and money.

After the dot-com boom emerged, his stock portfolio was mainly concentrated on the technological, communication, and entertainment sectors, also known as the ICE sector. He used his own money to fundraise or used promoters like Global Telesystems, Zee Telefilms Communications Ltd., and Himachal Futuristic.

Without providing adequate security, some money was obtained from institutional investors through banks, including Global Trust Bank, Madhavpura Mercantile Cooperative Bank (MMCB), and mutual funds. He bought certain bank shares to influence the Madhavpura Mercantile Cooperative Bank’s loan decision in his favor. At the time, the Reserve Bank of India allowed merchants to obtain a credit of about 15 crores.

These companies had accounts with the Bank of India, which discounted the pay orders. But in 2001, the Reserve Bank of India stepped in and gave the Bank of India the bouncing pay orders back. Due to a lack of funds, Madhavpura Mercantile Cooperative Bank could not process the payments. MMCB was designated a defaulter by the RBI, costing the bank 137 crores. Only Rs. 7 crores of Ketan Parekh’s debt was repaid, prompting a 130 crore rupee fraud lawsuit against him. After Ketan was taken into custody by the Central Bureau of Investigation, the entire scheme was made public.

To summarise the allegations against Ketan Parekh, he was involved in bank fraud by misrepresenting facts, falsifying accounts, ripping off stock market prices and exploiting investors’ decisions, mishandling public money, and bribing company directors to enable him to engage in insider trading. As per the legal proceedings, Supreme Court (in 2007) ordered Ketan Parekh to pay the money he owed to the bank in the form of monthly installments of 26 crores.

The Lesser-Known Truth About the Scam

Ketan went behind the bars and worked relentlessly for years to return the money he owed. Following the court orders and being a law-abiding citizen, only a few close ones know how he has repaid most of the borrowed funds and fulfilled his obligations as set by the Supreme Court. At the same time, a few transactions are still being reviewed. Sadly, no one was interested in knowing this; it remained a lesser-known fact for years. He is still working on these corrective measures and is doing what’s right.

When Ketan Parekh was convicted for borrowing a huge sum of money from the bank, he had many choices at the time. It was easy to elope with a huge amount of money and settle somewhere in the world where life could have been easier. Unlike scammers like Vijay Mallya or Nirav Modi, Ketan did not run away from the country even though he had enough means to do so. There could have been less judgment, and Ketan could have lived a stress-free life.

However, the choices he made certainly put him in a difficult position. He had to face a sentence and spent a significant amount of time behind bars. One of the facts missed here is that the judicial system is in place to ensure that when someone makes a mistake, they are given an apt punishment for it and are asked to work on the corrective measures to reverse the damage they caused. However, when people do that, their name is still only associated with the scam and not with their corrective deeds.

Ketan has seen the entire trading business and old-school practices undergoing a complete paradigm shift in the last few decades. He is an expert who should be looked up to understand the flaws of the trading mechanisms.

If we look at the entire life story, it is pretty clear that Ketan Parekh has been known for his scam for more than 20 years, but hardly anyone knows about what happened after the scam and what Ketan did post his conviction.

Meet Naman Jain, Dcore Media’s Young Founder Who Is Determined To Make His Dreams A Reality

Here’s how Nikhil Priyansh is gaining international acclaim with sparklymit