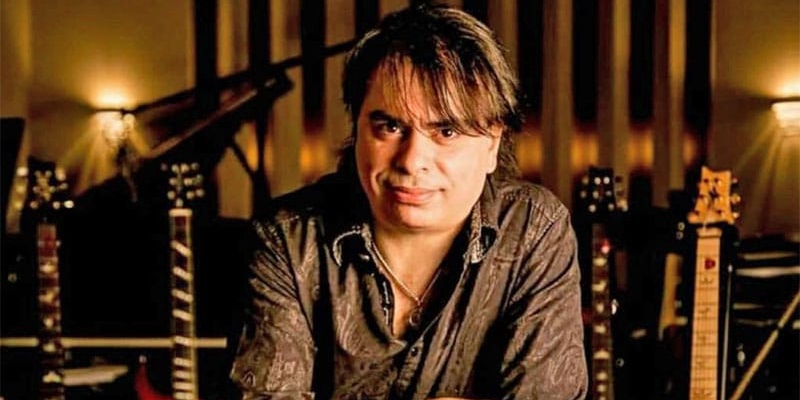 Molina’s Cello Stories is a unique duet of piano and cello, with Haeinsane as a special guest.

Molina’s latest album marks the initial release from Figueiredo’s new XpandMusic brand which initially started from the need to release Daniel’s own projects. Jesús Molina’s album is seen as the logical next step for Figueiredo whose vision in launching XpandMusic was to be an artist-first company that would have the right approach to delivering albums from artists Figueiredo admires.

This album launch milestone is only the latest for Figueiredo who started his creative path in the small town of Cataguases, Minas Gerais, in Brazil where he was born. Figueiredo’s music interests flowered after he started as a guitar player for a local band, which led him to produce music at his home town studio. Daniel later moved to Rio de Janeiro where his artistic reputation exploded across Brazil. This led to Daniel’s move to Los Angeles in June 2019 where he began work on his recently completed state-of-the-art music studio.

Figueiredo’s approach to music production is the same he employs in listening to new work; His artistic task is discover music, regardless of style, using all other music genre’s as a reference. This vision is reflected in XpandMusic’s aim to blend music styles freely with versatility and unhindered creativity to produce exciting new approaches to all music genres.

The music and film industry in Hollywood has been quick to notice Figueiredo’s trademark style, leading to several high-profile projects such as his scoring for the highly-anticipated telenovela The 10th Commandment and the upcoming film release The Battle of Saipan, a collaboration recorded in Bangkok/Thailand commissioned by prodigious U.S. indy film maker Daemon Hillin.

Through all of his success, Figueiredo remains hopeful as he remarked, “everything at the same time right now.” Figueiredo also notes that he puts no limits to his dreams and plans to always expand, and always come up with new ideas, striving to always do more and do it better each time.

It was this optimistic attitude that served Figueiredo as he recounts the challenges of his composing efforts for film and television- specifically his recent score for the highly-anticipated telenovela, The 10th Commandment. Figueiredo is willing to admit to the challenge this score presented to his creative abilities with limited time.

“The biggest struggle was how this project had a huge amount of songs and very short deadlines. I had to make sure the songs would be always sent in time.” Figueiredo said. Daniel was faced with a weighty decision whether to produce each of the telenovela’s songs himself, even if it meant he’d have to work days and days with no sleep. At one point, Figueiredo admits he almost collapsed from the pressue and that his wife even caught him sleeping in front of the computer several times.

But it is this professionalism and resilience that has made Figueiredo an in-demand composer in the film business as he holds the distinction of having written music scores for over 20 TV series broadcast to over 150 countries. Figueiredo’s successes also include several notable telenovela soundtracks such as “The Mutants: Pathways of the Heart,” “Opposite Lives,” “The Law and The Crime,” “Joseph from Egypt,” and the “The Promised Land”.

However, it is Figueiredo’s work on the film “Moses and The Ten Commandments” which remains his best-known work, as this film became the highest ticket sales project of all time in Brazil, with 11.215 million tickets sold.

Unsurprisingly, Figueiredo also holds the record as the “Greatest number of songs in simultaneous execution in a TV series.” Between February and November 2017, he had 794 songs played in a single TV series. As a songwriter, he participated as a composer/performer in over 16 thousand recordings.

The projects and output of Daniel Figueiredo show no sign of slowing, as one sees with the latest Jesus Molina collaboration. And Figueiredo’s many music and film score fans around the world remain expectant of the music feasts to come. All at one time, as he says.