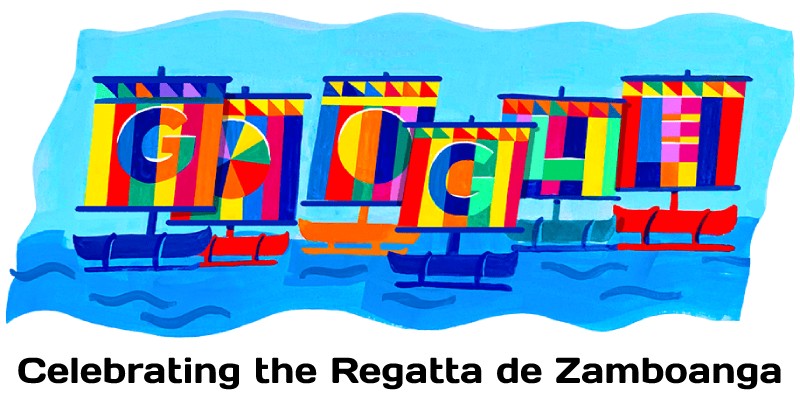 Google Doodle is celebrating the Regatta de Zamboanga, an annual sailing competition from the southern part of the Philippines on October 9, 2022.

Regatta de Zamboanga is one of the features during the celebration of Zamboanga City’s Fiesta Hermosa where racing of vintas is expected each October. This notorious vintas carry color to the shores of R.T. Lim Boulevard where the event is every year held. Vintas are traditional boats initially used by indigenous people in Mindanao that plays important role in the culture and history of the indigenous communities.

It is celebrated by native Zamboangueños to pay tribute to their patron saint, the La Virgen Nuestra Señora del Pilar de Zarragosa.

The Regatta de Zamboanga celebration is led all through the month of October. The main events, nonetheless, happen during the first 12 days of the month, peaking on Oct. 12, which is the feast day of the revered “patrona”.

Zamboangueño communities, any place they are in the Philippines, likewise celebrate the day.

The regatta is a fluvial racing contest. This year, it occurred on Sunday (Oct. 7), as a feature of the Hermosa Festival for years and years now.

The colorful and beautiful sails of the partaking vintas represent what “hermosa” is, and that signifies “beautiful” in both Spanish and the local creole language of Chavacano.

The official seal of the city incorporates a vinta image.

Each October, a large number of individuals gather along the kilometer-long stretch of R.T. Lim Boulevard in Zamboanga City to watch many vintas, or traditional outrigger boats, and their colorful sails race across the coastline.

The racers are for the most part Bajau fishermen who come from coastal villages like Sinunuc, Maasin, Labuan, Mariki, and the island of Santa Cruz. Each boat has two individuals paddling toward triumph.

Also known as lepa-lepa or sakayan, the vintas are traditional outrigger boats with vibrant, rectangular sails. The intricate patterns on the canvas—designed by the actual racers — represent the identities, customs, and aspirations of the region’s diverse ethnic groups.

Albeit the regatta is a friendly competition in the Regatta de Zamboanga festival of the fishermen’s maritime skills, everybody is roused to be one of the winning teams to bring back home a prize.

In fortitude with the festival of Regatta de Zamboanga, Google replaces its homepage logo on Sunday with a special doodle illustrating the sailing competition in the southern Philippines.