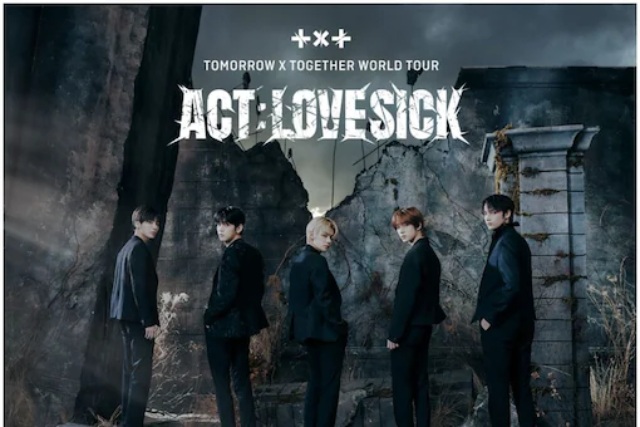 On June 21, Big Hit Music uploaded a notification on the fan community app Weverse describing the group’s impending shows in Asia, later sharing the news on Twitter. Called ‘Act: Love Sick’, the recently announced tour is set to start off in Seoul this July prior to going to North America and Japan, prior to jumping over to the remainder of Asia.

The quintet will start off its most memorable world tour, dubbed “Act: Lovesick,” with two concerts in Seoul on July 2-3. The next week, it will fly over to the US, performing multiple times in seven cities from Chicago and New York to San Francisco and Los Angeles. In September, it will take to stages in Osaka and Chiba, Japan, trailed by six performances in four cities.

In the meantime, the band’s fourth EP “minisode 2: Thursday’s Child” expanded its stay on the Billboard 200 to about a month. It ranked No. 59 on the chart during the current week subsequent to hitting it at No. 4 upon release.

At the hour of composing, Big Hit Music still can’t seem to release ticketing details for these recently announced shows. The Asia dates (excluding South Korea and Japan) of TXT’s ‘Act: Love Sick’ tour are as per the following:

TXT’s ‘ACT: LOVE SICK’ world tour will start off on July 2nd and 3rd at Jamsil Indoor Stadium in Songpa-gu, Seoul. On July 3rd, both offline and online live streaming will occur simultaneously.

Last month, TXT released their fourth mini-album, titled ‘minisode 2: Thursday’s Child’ alongside its title track ‘Good Boy Gone Bad’. The five-track record additionally denoted whenever the group first had parted into units for various tracks, on the B-sides ‘Lonely Boy (The tattoo on my ring finger)’ and ‘Thursday’s Child Has Far To Go’.

In a glowing five-star review of the new record, NME’s Rhian Daly wrote that it “fully justifies that hype, continuing to position Tomorrow X Together as voices for their generation (and beyond) with songs that are both sublime in quality and evocative reflections of life’s ups and downs.”