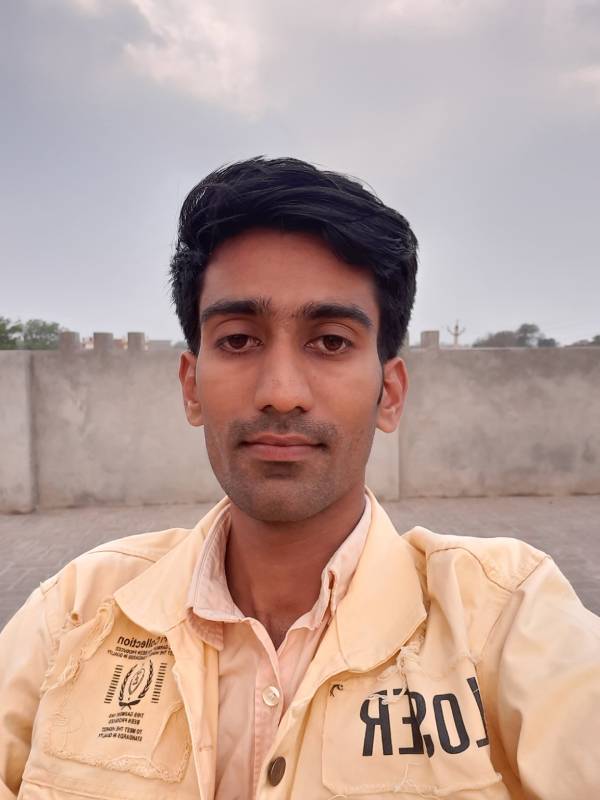 Who is Krrish Ladoiya? (Musician, Singer, and Producer)

Krrish Ladoiya was born on 19th Feb 1999 in Nohar, Rajasthan, India. By profession, he is an Indian Musician, Singer, Model, Music Director & Producer. He got his fame after his videos going viral on Social Media (Instagram & Youtube). He is known for his popular song ‘Rola Hove’ , ‘Yaar Maar‘ , ‘College Time Love‘ & ‘Yaara Naal Zindagi‘  His father’s name is Mahaveer Parsad and his mother’s name is Sharda.Krrish Ladoiya is a very talented singer and songwriter. He got influenced by many artist while he was growing up and he wanted to do something different from what they are doing. He has been pursuing this kind of music for a few years now and has succeeded in making a name for himself in the world of Indian music. In an interview he said that his songwriting process starts with the melody. He then takes a pen and paper to write down the lyrics with the melody in mind. He said that he has always been self-motivated when it comes to creativity, composing and writing songs.
The songwriter and singer, who we think is single, was recently quoted in an interview as saying “I’m not in a relationship yet, I’m still waiting for the right time,”.  is founded by an 21-year-old Indian kid, Krrish Ladoiya in 2020. He started the company with a mission to help upcoming musicians record and release their songs. In today’s digital age, there are many kids that want to pursue their dreams but lack the resources or guidance to do so. Krrish Ladoiya’s story could be inspirational for them to follow their hearts even if they are pursuing a dream somewhat out of the box.
Krrish Ladoiya, who has already achieved a lot in his short 22 years of life. He owns a record label, DjRockPunjabi.com, He talks about his upcoming projects which include making good use of the latest technology in making music more accessible to people across India with “DjRockPunjabi and collaborating with international artists on their upcoming projects.

Introduction to the art of music by Ramin Razmjoo, musician and composer Introducing the field of music arts

Cam Moar, Shocking The Industry With His New Album “Fastlinea” Now Streaming On All Platforms