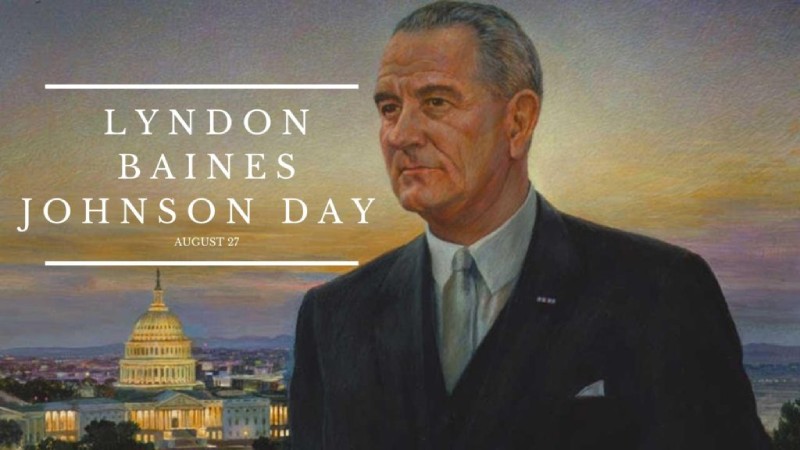 A moderate Democrat and vigorous leader in the United States Senate, Johnson was elected vice president in 1960 and acceded to the presidency in 1963 upon the assassination of Pres. John F. Kennedy.

During his administration, he signed into law the Civil Rights Act (1964), the most comprehensive civil rights legislation since the Reconstruction era, started significant social service programs and bore the brunt of national opposition to his vast expansion of American involvement in the Vietnam War.

In 1963 Johnson took on the role of the nation’s president after president John F Kennedy was assassinated. In an address before Congress Johnson pledged to help Kennedy’s legislative agenda which included civil rights and education legislation.

In conjunction with the civil rights movement, Johnson overcame southern resistance and convinced Congress to pass the Civil Rights Act of 1964, which outlawed many types of racial segregation. Johnson signed it into law on July 2, 1964.

In 1965, he accomplished the passage of a second civil rights bill, the Voting Rights Act to outlaw discrimination in voting and to permit numerous African Americans in the southern states to decide on a vote for the first time. In 1965 the “Great Society” program turned into the agenda for Congress:

Johnson was additionally known for escalating the United States’ involvement in the Vietnam War, which was gone against by numerous Americans.

Subsequent to leaving the presidency in 1969, Johnson got back to Johnson City, Texas. During his retirement, he composed his memoirs called The Vantage Point, taught students, and participated in a series of national symposia on the basic issues of modern America.

Johnson died at his farm on January 22, 1973, and is buried in the family cemetery at the LBJ Ranch close to his birthplace. Not long after his death, the Texas State Legislature made a legal state holiday to be noticed consistently on August 27 to honor Johnson. The holiday was first celebrated on August 27, 1973.

This slogan represents the leadership, commitment, and optimism of Johnson and his wife, Claudia, who was known as “Lady Bird” to her friends.

Notting Hill Carnival: How to celebrate an annual Caribbean festival event in Europe

The Duchess Who Wasn’t Day, the day to celebrate the life and work of Margaret Wolfe Hungerford