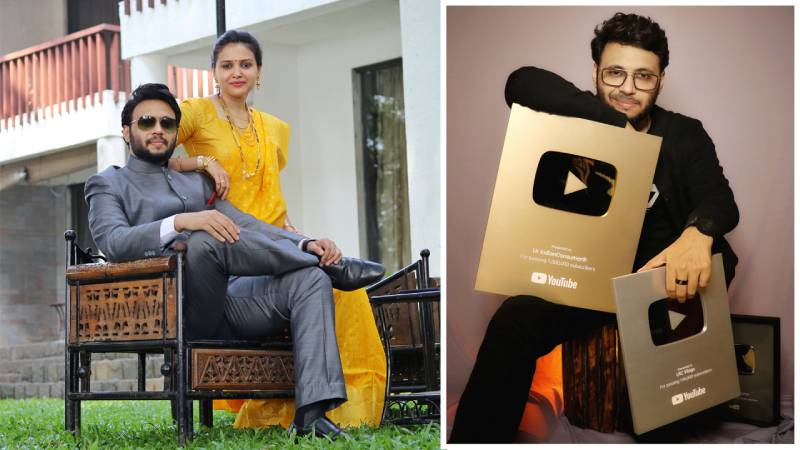 Instagram has opened an opportunity for various content creators to come and showcase their talent and share a window into their life. It has brought people closer together and has inspired a new hobby in many to pick up their camera and capture moments they want to share.

And one of the first vloggers in our country were the Vedpathaks – Prasad and Deepika Vedpathak. The couple tied the knot in 2015 and started their UrIndianConsumer aka UIC on YouTube the same year. The channel showcased relatable content resonating with every Indian household that made the Vedpathaks the nation’s favorite.

In the year 2020, the couple expanded their content and started making videos on TikTok,Facebook and Instagram for a Marathi-speaking audience. But their content was a hit among non-Maharashtrians as well! Speaking to Outlook, Prasad Vedpathak revealed that it was Deepika’s idea to make short-format videos for TikTok and through this decision they have had the opportunity to expand their digital fan following making their way into the hearts of lakhs of Indians.

At present, Prasika is a brand that’s not just limited to one social media platform. It consists of a team of total six members from scriptwriter to accountants, everyone is a part of the couple’s success story.

Within a year, Prasad and Deepika Vedpathak gained humongous response for their hilarious and relatable content that went viral soon upon its release. ‘Lunch With Prasika’ , a food segment is surely the winner amongst the entire content generated. Their videos have a huge fanbase on YouTube and Instagram alike with videos often making it to the trending section.

They have worked with brands like Philips, Upstox,Cambly,Amazon etc. and have even filmed a Lunch with Prasika episode at the IPL.

The couple plan on continuing their social media journey and showcasing a variety of topics covering everything from comedy, food,their down to earth vlogs and of course their hit series Lunch With Prasika and its spin-off Lunchbox With Prasika.

Lecha Khouri Talks About A Terrific Tour On Supercar Advocates

Who is the rising French New artist SACRAMENTO?