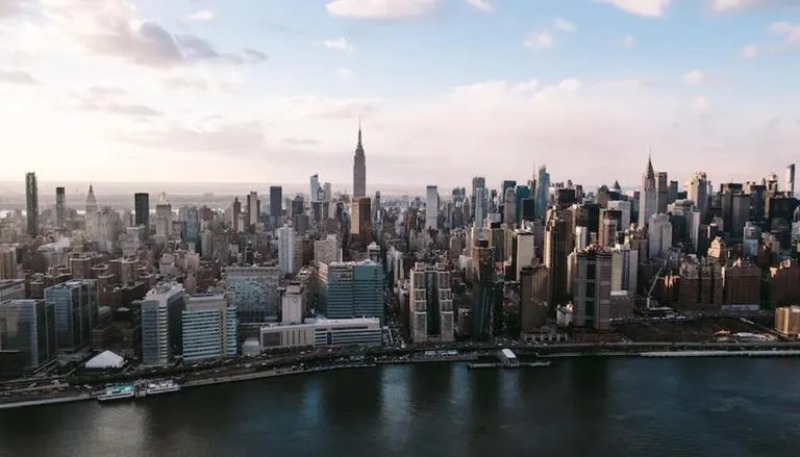 According to the annual survey conducted by the Economist Intelligence Unit, rising energy costs doubled the rate of inflation across the major global cities in 2022, resulting in New York sharing the title of the world’s most expensive metropolis with Singapore.

According to the findings of the EIU’s Worldwide Cost of Living report, sanctions, and buoyant oil prices pushed prices higher, and the leader Tel Aviv fell to third place last year. Sydney made it into the Top 10, while Moscow and St. Petersberg in Russia moved up as much as 88 places.

Caracas, the capital of Venezuela, saw a price increase of 132% in 2022, which was significantly lower than the hyperinflation rate of more than 25,000% in 2019, but it remained too high to be included in the survey. In terms of local currency, the average inflation rate of 8.1% was still the highest in surveys going back more than two decades. This was up from 3.5% last year and 1.9% in 2020.

Another factor that helped cities rise in rankings was a stronger currency. After the two Russian cities, six of the eight highest climbers were US cities, with Atlanta rising from 42nd to 46th out of 172 cities surveyed. As the US Federal Reserve raised interest rates and hinted at future increases, the US dollar has appreciated significantly against almost all other currencies.

The list of the most expensive cities saw cities in countries where the value of their currency fell. Tokyo and Osaka in Japan fell to 37th and 43rd, respectively, from 13th and 10th in 2021, respectively.

Stockholm and Luxembourg suffered the most, falling 38 places to 99th and 104th, respectively. Damascus in Syria and Tripoli in Libya remained the survey’s most affordable cities.

The fact that Singapore finished first on the index came as no surprise. In 2021, the city-state was the second-most expensive, and it has been ranked first in eight of the past ten years. The Big Apple was ranked No. 1 for the first time this year.

London dropped from 17th place in 2021 to 28th place in the rankings of the three UK cities that were surveyed. Edinburgh dropped from 27th place to 46th, and Manchester was 73rd most expensive, down from 41st last year.

Before Russia’s invasion of Ukraine in February disrupted supplies of key commodities, particularly food, the global inflation surge had been gathering steam. Oil, gas, and other energy prices increased further as a result of subsequent sanctions against Russia.

Rising petroleum costs created the greatest single fuel to higher expansion. In local currency terms, a liter of fuel was on average 22% more expensive than a year earlier.

As the region struggled to find alternatives to Russian energy, gas and electricity prices increased by 29% in western European cities, nearly tripling the global average increase of 11%.

The “subdued” price increases of recreational goods and services provided some respite from some of those increases. The EIU stated, “[T]his may reflect softer demand as consumers focus spending on essentials,”

The EIU predicts that, barring an unanticipated catastrophe, cost increases will lessen in 2023 as supply-chain blockages begin to ease and higher interest rates relieve some of the demand pressure. China’s zero-Covid policy may continue to be a wildcard.

The good news is that as interest rates rise, prices may be beginning to fall in some nations.

Moving To Middletown, Delaware: Everything You Need To Know