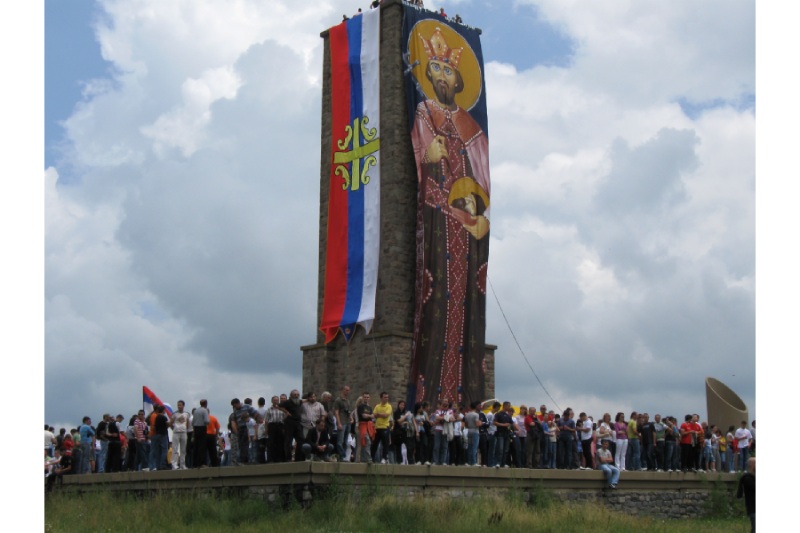 St. Vitus Day (Vidovdan) is a holiday that is seen on June 28th in Serbia and is both a religious and national holiday. It’s a commemoration day in the Serbian Orthodox Church that fills in as a commemoration day to Saint Prince Lazar and the Serbian martyrs who died during the Battle of Kosovo against the Ottoman Empire on June 15, 1389, on the Julian calendar which is roughly June 28th on the Gregorian calendar.

There are plenty of long days of national significance for Serbia throughout the year, however, none come near the intensity and emotion of June 28. Known as Vidovdan, the day is the very heart of what makes ‘Serbia’.

St. Vitus’ Day (Serbian: Vidovdan) is celebrated on June 28th. It denotes a 14th-century fight that has turned into a significant piece of Serb ethnic and national identity. Vidovdan is celebrated as a slava (feast day) in Serbia, however, it is a functioning day.

The Serbian Orthodox Church designates it as a commemorative day for Saint Prince Lazar and the Serbian holy martyrs who fell during the Battle of Kosovo against the Ottoman Empire in 1389.

Since St. Vitus Day is both a feast day and a Serbian commemoration day, it merits requiring the investment to discuss its two parts. St. Vitus was the child of a Sicilian senator and became a Christian at the age of 12-years old.

Expression of his miracles and conversions started to spread across Sicily and eventually became known to the administrator of Sicily. The administrator brought Vitus before him and endeavored to shake his faith-an act that failed.

Vitus would escape to Rome, nonetheless, and wound up liberating Emperor Diocletian’s child of evil spirit as according to the legend. His cure was attributed to sorcery and he was tortured, yet in the end, was liberated. They would go to Lucania where he ultimately passed on from his injuries from torment.

Vivodan, one more name for this holiday, can be followed back to 1389 when the Ottoman army engaged the Serbian army during the Battle of Kosovo. Both Serbian Prince Lazar and Ottoman king Murad were killed during the fight.

While the Ottomans experienced weighty losses, Prince Lazar’s forces were completely eliminated. From that point forward, this holiday has been a significant cornerstone in the national identity of Serbia.

Vidovdan, 15 June Julian (equivalent to 28 June Gregorian in the 20th and 21st centuries), is viewed as a date of exceptional significance to the Serbian people (Serbs).

The Serbian Church assigns it as the commemorative day to Saint Prince Lazar and the Serbian holy martyrs who fell during the Battle of Kosovo against the Ottoman Empire on 15 June 1389 (as per the Julian calendar). It is a significant piece of Serb ethnic and Serbian national identity.

Nintendo Direct Mini 2022 – When to Watch and What to Expect

National Sunglasses Day: Some facts about the effect of UV rays on the eyes