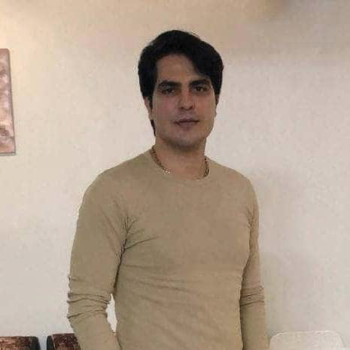 When the skin damages, granulation tissue is created to cover the wound. If the granulation tissue can become normal skin, there is almost no scar. However, if this pathway becomes problematic or delayed, a fibrous tissue called scar tissue is created on the wound to repair and protect the damage which is often a little different from natural skin in terms of tissue type, the density of arteries, and nerves, and even color. In some cases, this extra tissue grows further and extends beyond the wound area, forming a rough and hard tissue called a keloid or hypertrophic scar.

According to Dr. Amir Feily, a talented Iranian dermatologist, the keloid is a special type of scar. It is not uncommon for scarring from surgery or other injuries to become an uneven area. But the keloid is different from this, and in surgery, for example, if the scar protrudes from the surgical line, it will be keloidal, otherwise, the scar is normal.

keloid can also occur after minor skin injuries such as acne, or after minor wounds have healed. keloids are commonly found in the shoulder and pelvic girdle (chest), shoulders, buttocks, and thighs, as well as the eardrum. However, they can affect any part of the body.

Although keloids are not harmful to your health, the biggest concern is the lack of beauty in the affected areas. There is a different feeling around the skin around the keloid wounds. In some keloidal wounds, people feel soft and pasty, and occasionally, it is hard and rubbery.

The emergence of keloids is usually time-consuming. After skin damage, it may take months for the keloids to appear. It can also form faster. Once the Keloid forms on the skin, it begins to grow, which can take months or years. In very rare cases, keloids may form on the skin without damage. These are called “spontaneous keloids”.

There are usually no symptoms in these scars, but painful areas and itching and burning sensations can be symptoms. As these prominent sores grow, they may feel more pain or itching. A keloid that covers a joint area or a large part of the skin can reduce a person’s ability to move that part of the body.

The reason for keloid is still unclear to scientists as to why some skins make keloids and some do not.

But genetics can be the main reason for this scar, and darker skins have less resistance to keloids.

He also adds that treating these scars can help reduce symptoms such as pain and itching. If the scar causes difficulties in movement on a part of the body, treatment can help people regain some of their movement. The decision to remove a keloid depends on its growth, location, and aesthetics.

Doctors usually diagnose keloids by looking at the area of injury. For example, someone who has keloids on their earlobes may get a better result if the scar is removed in layers (so-called shaving) than by surgical removal.

But in general, to treat this skin condition, in the first stage, the doctor chooses skin-specific moisturizing creams and oils that help reduce the size of the keloid. By doing this, the keloids tend to shrink and flatten over time.

Next, if the keloid does not go away, the dermatologist will use methods such as silicone pads, pressure dressings, or injections, especially if the keloid scar is relatively new.

The next method is to inject corticosteroids, which should be injected at regular intervals. If the injection is not given in the right dosage, it may cause a lesion.

Perhaps the most widely used method of treating raised scars is the use of laser therapy. Using PDL lasers, the lesion is targeted and drastically reduced.

Cryotherapy is an effective method in the treatment of keloids, which is basically used with steroid injections. Cryotherapy stops the growth and fading of the raised scars.

Surgery can be used for keloids, But you should know that surgery may also make the scar bigger. It should be used with precise methods and the least possible stitches to further reduce the risk of raised scars.

Finally, radiotherapy is a method that Dr. Feily highly recommends keloids for limbs (hands and feet).

keloid scar treatment may be difficult and not always effective. Therefore, it is important to try to prevent skin damage that can lead to keloidal ulcers. Using a pressure pad or silicone gel pad right after injury may also help prevent keloids.

keloids are often not harmful to your health. Although keloids rarely cause unpleasant side effects, you may hate their appearance. This can damage your self-esteem. Most people who are treated for keloids dislike their appearance. Fortunately, there are many treatments available that are inexpensive and painless and can improve keloids, but new technology in the hands of active and up-to-date specialists such as Dr. Amir Feily in the field of permanent relief from this issue is hopeful and pleasant.