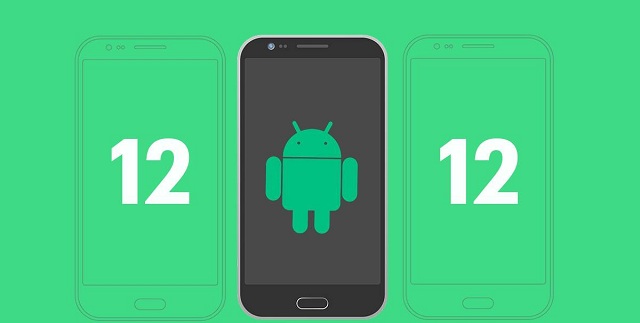 The first Android 12 developer preview hit the streets Thursday, and we’ve played with it for a day. There’s not a great deal to find in this release—at least not at first. Most of the interesting bits are hidden, and the designer community is gradually empowering them.

Numerous progressions are half-finished alpha changes that will appear to be unique in the last release; all things considered, Google says these releases are for “testing and feedback.”

This first release of Android 12 is intended to get some APIs and different changes before individuals for feedback, but on the other hand, it’s intended to not spill the beans too much on what the final build of Android 12 will resemble. Because of that, a significant number of the features in a prior Android 12 leak appear to be spot on.

This public release is a sanitized work with a great deal of stuff turned off, however, the more we flip on hidden flags and catch hints in the documentation, the more this form resembles a strong halfway point between Android 11 and those leaked Android 12 screenshots.

Google can never allow an Android release to go by without some notification changes, and this year it would seem that we’re getting a new design and a few different changes. Like all the other things in the review, we’re just getting a half-completed look at things here.

There are a lot of color changes. In the shipping preview code, the notification panel picks a background color that has a strong blue tint to it contrasted with the pure white of Android 11. The turned-off quick settings buttons are blue now, as well, rather than gray.

If you turn on dark mode, you’ll get a notification panel that is dim gray rather than black. It’s dubious that all the colors in this form appear to be somewhat changed, and the Android 12 leak we saw before hinted at totally customizable colors for everything (likely dependent on the wallpaper).

All the color transforms we’re seeing currently may be marginally peculiar defaults that will be changed before release. All things considered, changing colors should be simple at this point.

Concerning different changes, app icons in the notification panel appear to be unique; they are typically thoroughly white icons inside a colored circle.

There are new settings for the persistent media player notification that was presented in Android 11. On the off chance that you dig into the settings, it would seem that you would now be able to prohibit individual applications from appearing in the persistent media player. There is a section called “Allowed apps” and a lot of checkboxes; they simply don’t appear to do anything at this moment.

The ugly black bar at the top of the notification panel has been removed, and the background panel is more straightforward. We trust Google to change this before the last release because the panel is at present so transparent that it’s not difficult to confuse background app graphics with the notification panel. Some have guessed that we’re missing a background blur. Another “RenderEffect” API really makes it simple to blur elements.

On the off chance that you take a gander at Google’s developer documents, you’ll see an alternate notification design with more rounded corners, which coordinates well with the leak.

A lot of the fascinating features of Android 11 are hidden things we should see yet. One of these fun additions is a hidden “Silky Home” flag for the settings, which was discovered by Android Authority’s Joe Hindy and XDA’s Mishaal Rahman.

The feature flag makes the settings work a lot as they do on a Samsung phone, where a major header at the top of each list pushes the top of the list down so that it’s simpler to reach while using the phone one-handed.

We praised this feature when it appeared on Samsung phones, and it’s a decent feature here also. Ideally, this will become the predominant list style on Android. It’s something more than lines up with the previous Android 12 leak.

A great deal of the release actually appears to be broken, however. The main page of the settings doesn’t have a heading that says “Settings,” so rather than a proper title, the Silky Home flag appears to blow up the first bit of text it can seize a.

For this situation, you get a tremendous “Explore Pixel Tips,” which is typically essential for a turning carousel of settings recommendations. The actual settings list gets a huge load of white space, and every entry loses the entirety of its descriptive sub-text, which makes it harder to discover settings.

Numerous clients presumably have an issue discovering this page through the ordinary technique—long-pressing on a blank area of the home screen—so this appears to be a smart thought. The “Safety & Emergency” section, which is likewise accessible without the Silky Home flag, appears to simply be the Pixel’s Personal Safety app.

The order of the settings list is modified, and it would appear that the list is being separated into logical sections with white space. It truly feels like the sections ought to get headings like they had in older versions of Android.

Network & Connected Devices looks like the “connectivity” section. Apps, Notifications, and Digital Wellbeing are all app-related. The group with Battery Storage, Sound, and Display resembles the “Hardware” section, and so on.

It’s not simply settings that are prioritizing reachability. Rahman additionally found a hidden one-handed mode that appears to work a similar route as it does in iOS. When this feature is turned on, a swipe down in the gesture area will make the top of the screen shoot down, permitting you to more readily arrive at the controls.

Rahman additionally found another secret feature that transforms a down-swipe gesture into a system-wide way to open the notification panel, another feature that saves clients from arriving all the way to the top of the screen. At this moment, it seems like you’ll have to pick either simple notification opening or the one-handed mode since the two features use the same gesture.

That is essentially it for the significant changes. It would seem that Google is attempting to save the majority of the large stuff for whatever form Google I/O takes later this year. Of course, there are an authoritatively published timetable promising releases every month from here until at least August.