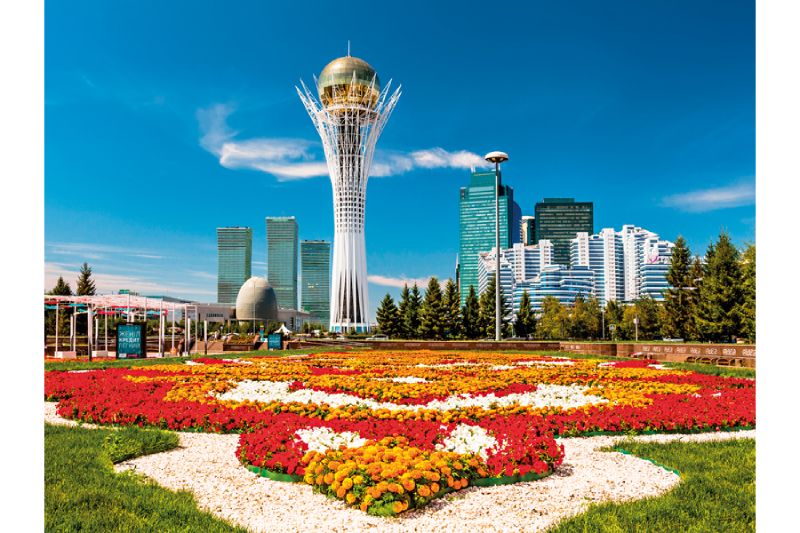 Capital City Day is a public holiday that is noticed yearly in Kazakhstan on the 6th of July. Otherwise called the Day of Nur-Sultan, this holiday commemorates the capital of the country being changed from Almaty to Astana.

The capital city of Astana is presently known as Nur-Sultan, subsequent to being renamed in 2019, out of appreciation for Nursultan Nazarbayev, the country’s president for over 3-decades.

Capital Day in Kazakhstan has been celebrated since Nur-Sultan (formerly Astana) acquired the status of capital in 1998.

On July 6, 1994, the Supreme Council of Kazakhstan passed a resolution to move the Kazakhstan capital from Alma-Ata to Akmola (formerly Tselinograd). On May 6, 1998, Akmola has renamed Astana and on June 10, 1998, Astana was introduced to the world as the new capital of Kazakhstan.

Although Capital Day was at first seen on June 10th, it was subsequently different to coincide with the birthday of the principal president of Kazakhstan, Nursultan Nazarbaev.

The architectural plan driving the new substance of Kazakhstan’s capital was the production of another Eurasian city, and to be sure most Kazakhs will attest that Nur-Sultan artfully combines elements of both East and West.

Both Kazakh architects and unfamiliar specialists have partaken in the city’s architectural revolution, including Kise Kurokawa and Norman Foster. The notable British architect is the mastermind behind one of the most extraordinary buildings in Nur-Sultan, The Palace of Peace and Reconciliation.

The way that Nur-Sultan is a free economic zone contributes enormously to its economic turn of events, and the city remains a visual reminder of the accomplishments of Kazakhstan during its most memorable many years of independence.

At the point when Kazakhstan was important to the Soviet Union, the capital of the country was Almaty, the biggest city in Kazakhstan.

On May 6th, 1998 Akmola has renamed Astana, and that signifies “the capital city” in Kazakh. Akmola signifies the “white grave” in Kazakh.

On Astana’s 10th anniversary in 2008, July 6th was made a national holiday. July 6th is additionally the birthday of the former President of Kazakhstan, Nursultan Nazarbayev.

Nur-Sultan is the second-biggest city in Kazakhstan and is situated in the Akmola region, however, it is administrated individually from the region as a city with unique capital status.

The modern part of Nur-Sultan is a planned city like Brasilia in Brazil and Canberra in Australia. The plans for this piece of Astana were planned by the eminent Japanese architect Kisho Kurokawa.

Nur-Sultan will celebrate its day with a fireworks display and a laser show.