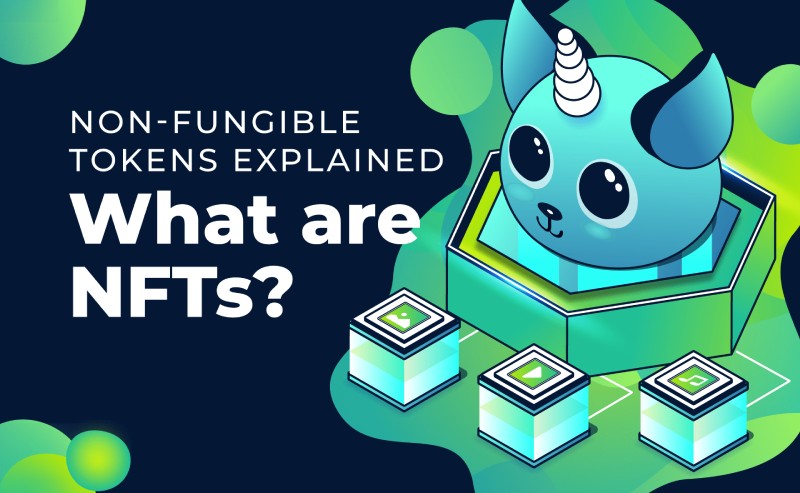 In 2022, people are looking for alternatives to the classic investment and trading methods. One of the most popular rising markets in the world right now is the crypto market.

Cryptocurrency, for those who may not be aware, refers to a digital, decentralized, peer-to-peer-based currency. The beginning of it can be traced to 2009 when Satoshi Nakamoto first released Bitcoin. He explained the goals and inspirations in his paper “Bitcoin: A Peer-To-Peer Electronic Cash System”. Since then, Nakamoto has been shrouded in mystery, with many people attempting to unveil his true identity.

However, while some were attempting to discover who Nakamoto is, others were inspired by his work. Computer scientists began designing more and more cryptocurrencies so that the market grew extensively. Today, Bitcoin and Ethereum are the uncontested titans of the crypto market. Ethereum especially gained prominence by being one of the first blockchains to support NFTs.

So, just what are NFTs? Short for non-fungible tokens, an NFT is a form of digital art. Many have taken to describing NFTs as “the crypto art”. Basically, NFT artists design digital art, which they then upload to a blockchain. Anyone interested in purchasing their art can issue a payment, and they will be given a “proof of stake” which marks them as the official owner. Today, NFTs are just as popular as cryptocurrencies, and many of the best NFT platform are gaining major prominence.

The success of NFTs nowadays has led many organizations and companies to launch their own non-fungible tokens. Some of the most popular NFTs nowadays are either sponsored or depict major companies. For example, sport-based NFTs issued by the NBA is quite famous. Clothing brands and beverage brands have also issued their fair share of NFTs, to varying success.

While the most common association that people have with NFTs is digital art, it isn’t all that non-fungible tokens are limited to. Yes, digital art is a big part of NFT. Collections like Bored Apes, EtherRocks, and CryptoPunks are incredibly popular and well-known online. Certainly, the most expensive NFT is a piece of digital art created by the artist Murat Pak, who released his work entitled Merge, which gained major prominence and sold at an auction for over $90 million.

But, as we said, digital art is not all that non-fungible tokens are good for. In recent years, many game developers have begun creating so-called “blockchain games”. The concept is rather simple. A player can purchase “digital land” within a game using NFTs. Within the area, the owner becomes the “master”, rather than the game developers. And it doesn’t just end there. Successful blockchain games have been created, which exist entirely on a blockchain and function as NFTs. Among them, the most popular and successful are CryptoKittiesand the classic Axie Infinity.

NFTs have also been used to create music. Techno beats, 8-bit Retro, and variants on vaporwave have all been created and placed on blockchains. Fans of the artists producing this type of music can purchase the NFT and the music will be made available for download. Luckily, thanks to the efforts of past brokers, the market today is more easily accessible than ever, so newcomers should have no trouble figuring the market out.

What might surprise you is that quite a few famous people dabble in the crypto market. Certainly, all crypto traders by now are aware that Snoop Dogg is a staunch supporter and advocate of cryptocurrency. The rapper has stated on numerous occasions his support for various cryptos, most notably Bitcoin and Dogecoin.

What many might not be aware of is that influencer, heiress, and sometimes-actress Paris Hilton is also deeply involved in the world of cryptocurrency. She has stated in numerous interviews that she holds major stakes in some of the biggest cryptocurrencies. Furthermore, she has issued statements claiming that she owns and heavily supports the non-fungible token market. And it doesn’t end there. Ms. Hilton has also issued some rather successful NFTs of her own, which have sold for over a million dollars.

And Paris Hilton is not the only starlet to jump on the bandwagon. The American model and actress, Emily Ratajkowski have also expressed interest in the business. She issued her very own NFT titled “Buying Myself Back”.

Apart from the aforementioned stars, other big names in the NFT world today include the pop singer and model, Grimes, Kate Moss, and former Star Trek star William Shatner.

NFTs are a new and exciting step in the history of art. While many doubt the legitimacy of digital art, it is undoubtedly important to the 21st century. Digital artists are gaining more and more prominence, and the same is true for creators of non-fungible tokens. If experts are to be believed, the NFT market will continue to grow in the coming future.