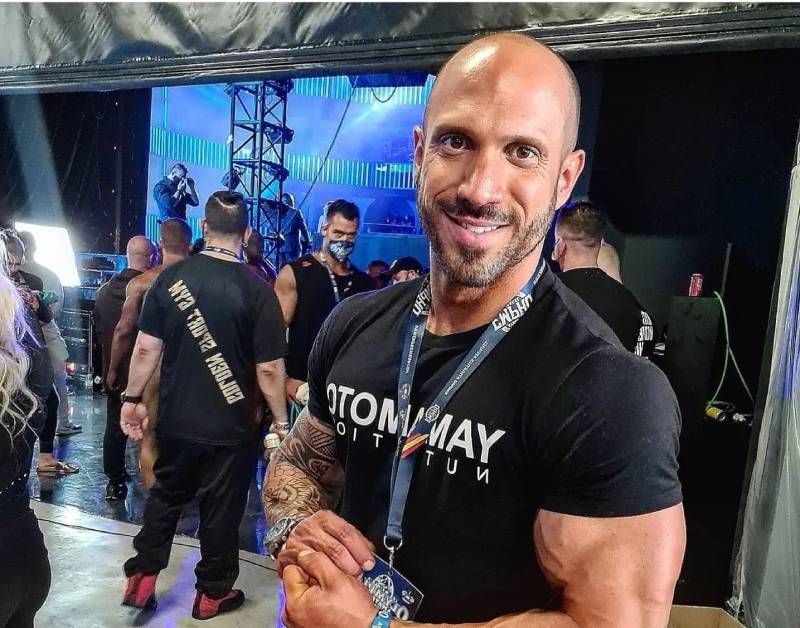 When one talks about fitness and working out, the first thing that comes to one’s head is having ripped muscles and washboard abs whereas in reality, fitness is a lot more. It is a culmination of healthy nutrition, regular workouts and maintaining an overall well-being that requires time and dedication along with proper guidance mixed with a huge amount of Discipline. Fitness trainers play an essential not only important role in guiding people when it comes to improving Athletes overall physical health and one such example is IFBB Pro League athlete Andrea, famous on social media under the pseudonym “thepilotcoach”.

By profession, Andrea is an Airline Pilot but has always been someone who pays a lot of attention to his physical fitness. Eventually, he entered the world of bodybuilding and started competing in the Men’s physique category in Pro League. He has been a part of the fitness industry since several years now first abroad and then back in his home country, Italy and is recognised as a prominent athlete by his peers and by the audiences alike. He has made a name for himself and want to take it to the next level and fulfill his dream of competing at Mr. Olympia at least once in his lifetime.

Andrea also helps other people achieve their body goals. Andrea has an array of clients that come to him for his professional expertise. Being a part of the fitness industry Andrea has built not only a huge network but has also equipped himself with knowledge about dieting, nutrition and the workings of the human body so that he can help his clients achieve their desired goals and lead a fuller, fitter life.

Andrea believes that leading a healthier lifestyle is similar to having a long term investment that requires one to pay attention and be consistent. One of the things that Andrea tries to emphasise to his clients is the necessity of proper nutrition and the elimination of unhealthy habits, like consumption of alcohol, junk food and even sugar. Talking about the same, Andrea adds, “”With a high-intensity workout comes the need for a perfect
diet. ” When I say healthy nutrition, I truly mean it. You should eat clean food, all year around, and yes, also cheat but with a concrete knowing about when and how” – Andrea stated.
The right amount of protein you should it should average between 0.8 up go 1.5 grams per pound of body weight, as it will help in repairing and building tissues in the body.”

As if being a successful athlete and a professional pilot wasn’t enough, Andrea is also an entrepreneur and is the founder of Bang Nutrition which is Food, Supplements and Accessories branded Store. Andrea believes in Bodybuilding and support the unity and the progress of this industry within a group which is more like a universal family rather than just people. He is also the responsible person for the national distribution of Empro Wear in Italy which was created by IFBB Pro Emilio Martinez Romero in Alicante, Spain.

The fitness enthusiast is working constantly to achieve his personal goals while also empowering others to lead healthy lifestyles and training aspiring fitness athletes.
We wish him good luck!

What is Gioisofficials net worth?

All NBA teams release their 2021-22 City Edition jerseys; Here is a ranking of the 10 best City Edition uniforms