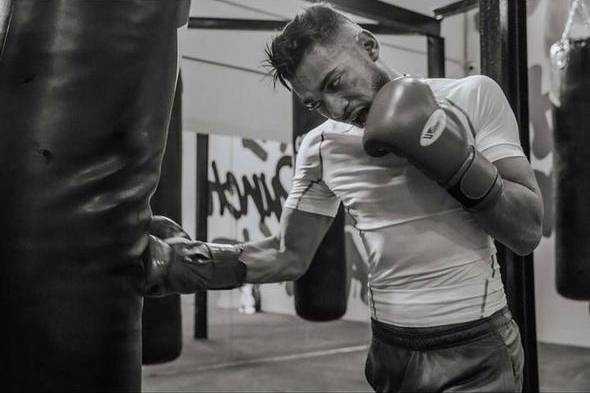 At 30 years of age, Jaber Zayani is a French professional boxer. Destined to become a footballer first, Jaber could not follow that path due to an injury and decided to take up his second passion, boxing. When he was only 17 years old, he started boxing and went to practice. After five years, he joined the amateur France boxing team and played quite a few matches. But, that was not enough for him and Jaber wanted to become a pro boxer. He was determined to reach his goals and worked hard.

In the year 2011, Jaber went to Canada and won his first professional fight. This gave him recognition and opened new doors for him. After three years, he finally got a chance to go to the United States. While he was in Las Vegas, Floyd Mayweather offered him a contract but it did not go through. In 2018, he won his first sixteen fights and is still unbeaten until now, making him the 2018 WBO Continental Super Featherweight Champion, one of the top 10 boxers in the world. Jaber Zayani has trained with the greatest boxers of all time from all over the world. He was the sparring partner of various world champion boxers including José Carlos Ramirez, Raymundo Beltran, Alberto Machado, Ivan Baranchyk Jesus Cuellar, and Scott Quigg. He also prepared WBA Welterweight Champion Manny Pacquiao for his world title unification against Keith Thurman in 2019. Currently, he has signed a 5-year contract with Prince Al Walid Ben Talal Al Saud.

Jaber Zayani aims to become the number one boxer in the world. He says that we should always believe in ourselves and never lose hope. It gives you the strength and ability to bounce back from whatever obstacle you are going through. Jaber has been through his fair share of struggles during his boxing career but his determination and passion for the sport have helped him reach his goals. He believes in working hard every day and always giving your best.

We wish this Multitalented man a great future ahead.