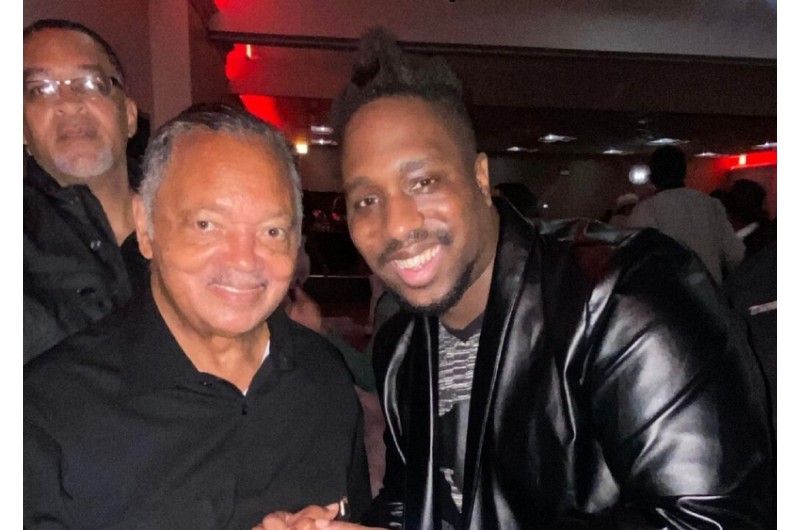 With his brand management company TEAMJOHNHILL, he pushes forward growth in the music and entertainment world.

Astounding are all those stories of people who have stood tall even amidst the many challenges they faced on their paths. “It is how resilient and passion people stay in their journeys that go ahead in defining them as professionals and individuals,” says a self-driven man and the one who created his success story John Hill of “TEAMJOHNHILL.” Hailing from Chicago, John Hill today has made a prominent name for himself not just in the US but in many other parts of the world, thanks to his relentless drive and passion and his incessant efforts to bring about a wave of great change in entertainment and entrepreneurial world.

The Grammy Nominee this year also had garnered more headlines when he made a huge announcement that he would release a complete body of his own music called “The Book of John,” to be released in 2023, a play on his philosophy of life through Music, Growth, Situations, and Relationships. With his one-of-a-kind brand management company TEAMJOHNHILL, he guides up-and-coming talents in the music and the entertainment fields and leads them to become their best versions, ultimately pushing forward the growth of these sectors.

Today, John Hill has stamped his powerful presence as a singer, songwriter, producer, actor, entrepreneur, and philanthropist. He served as a Vice president of Rap-A-Lot Midwest and is now an Executive Liaison with Universal Music Group. He even contributed to Herstory, a trio that hails from different backgrounds and has worked with legendary artists like Juelz Santana, Jason Derulo, Young Berg, Ray J, 50 Cent, Omarion, Gwen Stefani, and Pharrell Williams. John Hill proves why he deserves the prestigious awards he has to his name and the incredible collaborations he has done with eminent artists of the entertainment world.

So far, this self-made man has worked with several clients in TV production, music production, and brand management and served as a producer, writer, actor, and music composer for many other projects. John Hill is the co-founder of J&M Company, CEO of Team John Hill, and co-founder of Star Born Records and wants to keep expanding in the future.

Currently, John Hill is working with a 13-year-old “phenomenal” girl, as he calls her, named Aly G, and his company J&M Company works in artist development with her. Besides this, he is also working on production negotiations for a Chris Brown and Sean Kingston record, as well as a production for L.A. Reid’s new music group. Today, he is even a philanthropist and believes in giving back to society. John Hill truly is an inspiration to all and thus has become one of the most talked-about personalities worldwide.