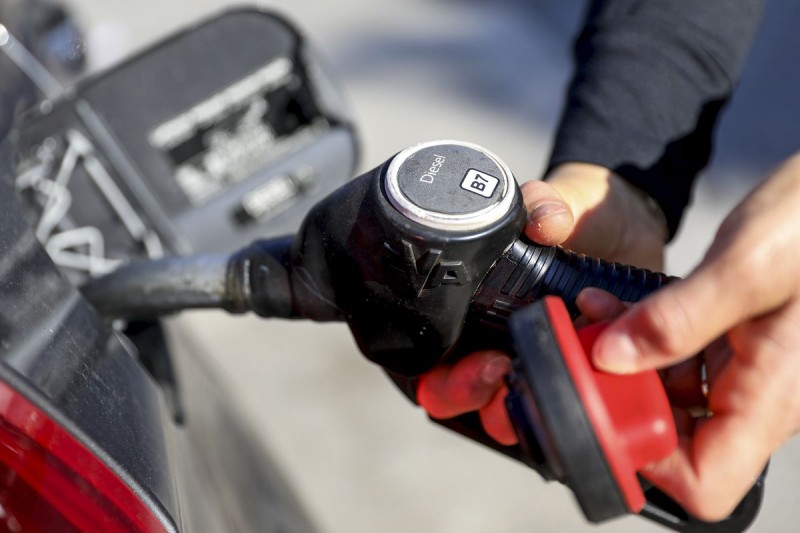 Kuwait intends to increase diesel exports to Europe by up to five times this year compared to the previous year to offset a decrease in Russian supplies. Despite its small size, Kuwait has the sixth largest oil reserves in the world and is a member of the Organization of Petroleum Exporting Countries.

This year, Kuwait will ship five times as much diesel to Europe as it normally does due to the anticipated Russian oil product ban.

According to Al-Qabas daily, Kuwait’s diesel shipments to Europe are anticipated to increase by fivefold between 2022 and 2023, reaching 2.5 million tons, or approximately 50,000 barrels per day. Reliable sources said Kuwait additionally wants to double jet fuel sales to almost 5% to Europe this year to assist the European mainland with making up for lower flows from Russia.

According to Bank of America, the embargo could result in a global shortage of diesel, which could cause prices to rise to $200 per barrel this season. As a result of the ban on Russia’s imports of refined petroleum products as punishment for invading Ukraine, the European Union may experience fuel shortages beginning on February 5.

In recent years, Kuwait has spent tens of billions of dollars developing and building new refineries. However, the Al-Zour refinery, which is one of the largest oil refineries in the world and is designed to process 615,000 barrels of crude oil per day, is Kuwait’s most significant investment.

“The Middle Eastern country (Kuwait) plans to increase its diesel supply to Europe in 2023 to 2.5 million tonnes, or about 50,000 barrels per day. It also wants to double its aviation fuel sales in Europe to nearly 5 million tons,” the agency wrote.

The source says that the aviation fuel (kerosene) supply plans of Kuwait Petroleum Corporation (KPC) don’t include any sales on the spot market. This means that KPC’s total supply to Europe could be more than 5 million tons.

Over the course of a year, the Gulf state anticipates shipping 2.5 million tonnes of diesel to the European Union (EU), which will compensate for a small part of the Russian supplies that were lost.

As part of ongoing sanctions against Russia for its nearly 11-month-long invasion of neighboring Ukraine, which began nearly 11 months ago, the EU is likely to prohibit Russian imports on February 5.

The shipments will amount to approximately 50,000 barrels of diesel per day, according to sources familiar with the situation. Sales of jet fuel are also anticipated to double to 5 million tons.

According to the Bank of America, a global shortfall caused by the Russia-to-EU import ban could cause diesel prices to rise to $200 per barrel in the first quarter of 2023.

As of the end of last year, JP Morgan Chase & Co. estimated that Russia exported 1.3 million barrels per day to the EU, approximately half of which was diesel.

Actually, the restriction is aimed at Russia’s trade with third countries.

According to people who are familiar with the situation, the first of the three sections of the Al Zour refinery already processes more than 205,000 barrels of oil per day. By the middle of February, the second and third parts of the refinery should be operational.

As a result, when the Al Zour refinery is fully operational, Kuwait’s total oil refining capacity will rise to approximately 1.5 million barrels per day.

According to data from the Bank of America cited by the agency, diesel prices could rise as much as $200 a barrel this quarter as a result of a Western ban on the import of oil from Russia and petroleum products beginning on February 5, which could lead to global shortages.

Also, analysts at JPMorgan Chase & Co. say that the EU bought nearly 1.3 million barrels of oil products per day from Russia at the end of last year. Diesel accounted for approximately half of this volume.

Late last year, the refinery shipped its first exports of diesel and jet fuel. According to the source, the jet fuel plans of the state-owned Kuwait National Petroleum Company, do not include any sales on the spot market. This means that the actual quantity shipped to Europe could be more than 5 million tons. The source went on to say that the first of the three Zour pipelines, which are referred to as “trains” in the industry, is consistently working and processing more than 205,000 barrels per day.

The second train is expected to begin operating in February, and the third train is expected to begin in April 2023. The total refining capacity in Kuwait would rise to approximately 1.5 million barrels per day when the Al-Zour refinery is fully operational. As of late last year, analysts at JPMorgan Chase estimated that the European Union purchased Russian oil products at a rate of nearly 1.3 million barrels per day. About half of those barrels were diesel fuel.

The Al-Zour refinery processes up to 615,000 barrels of crude oil per day. The first shipment of diesel and jet fuel was exported at the end of 2022, after a delay of approximately three years in beginning the refinery’s commercial operation.

In 2023, Bloomberg anticipates an increase in fuel exports to Europe from other Gulf oil producers like Saudi Arabia and the United Arab Emirates. According to information provided by JPMorgan, the European Union receives approximately 1.3 million barrels per day, approximately half of which are diesel, from Russian oil derivatives.

In 2023, it is also expected that the United Arab Emirates and Saudi Arabia will increase their fuel exports to Europe.

Reach your financial goals with Gennadiy Nadirov from Marvel Solutions