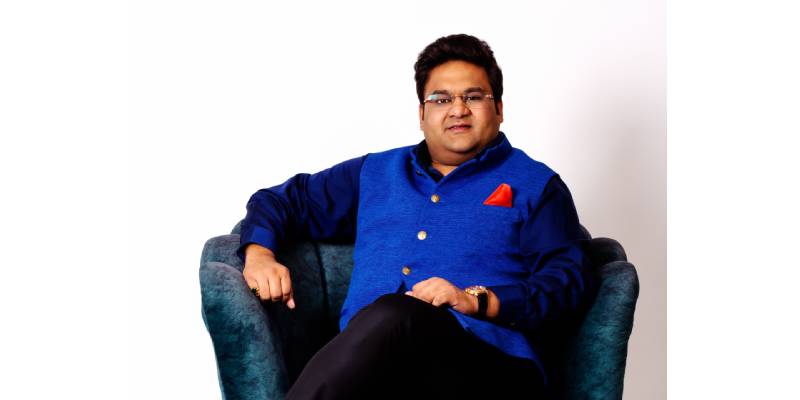 Sharat Khemka, Holder of the Niine Pad Company. Born in Kanpur, INDIA on 19 December 1990. Mr. Sharat have an amazing way of observing the world. His beliefs in the field of women hygiene are exceptional. His plan is to raise as much as awareness towards the importance of menstrual hygiene and the urgent need to intercept taboos associated with menstruation. Being the Director of Shudh Plus hygiene products Pvt. Ltd. He have also managed many different organizations covering construction, infrastructure and real estates.

Talking about his success he had also started from Zero. Started from being a small supplier of paan masala accompanying his father, whom he also name as his Inspiration. Many persons tried demoralizing him from his chosen path but he still continued believing in his own strength.

“The silence and stereotypes that surround menstruation in India is a consequence of years of cultural conditioning and this move is a step towards normalising a conversation about what is a biological process. More importantly, this brings the conversation out in a space largely inhabited by men,” added Sharat Khemka.

His Life goals is to grant equal hygiene rights to everyone besides their financial status and to have his personal care range also ripples India’s hygiene Industry. Besides his life goals he also have some hobbies. He love to collect premium cars and watches. His car collection also include FERRARI with many other exorbitant Cars. Also being a Fan of Cricket clearly impelled him towards sponsoring teams in IPL as well.

Back in 2016, Niine’s Parent Company, SHUDH PLUS had tied up with “Gujarat Lions” in a front title sponsorship. And then again in 2020 Nine sponsored ‘Rajasthan Royals’.

The ‘Run4Niine’ Initiative is a prime example, where Bollywood star and India’s ‘Pad Man’ Akshay Kumar joined forces with Niine to organise a large scale event in the form of a marathon to get Indians to come out and raise awareness about menstrual hygiene. Another ground breaking campaign to break the shame was when a pad was printed on the New Zealand cricket ground for T-20 match series.

Hence, Rajasthan Royals, who believes in spearheading the change by working with empowered women to further educate the society, was the perfect fit for Niine. It is a true exemplification of the synergy between the two brands and the belief and vision carried out by them.

Adorned on the back of the Royal’s purple jerseys will be the name Niine, making it the first time any Indian sports team has been sponsored by a sanitary napkin brand. Colour Purple represents the mixing of gender normative colours pink (cis-gender femininity) and blue (cis-gender masculinity), further emphasizing a perfect balance between the two genders and shunning the menstrual stigma which has been an entrenched cause of gender inequality. This unique collaboration has already caused ripples across India.