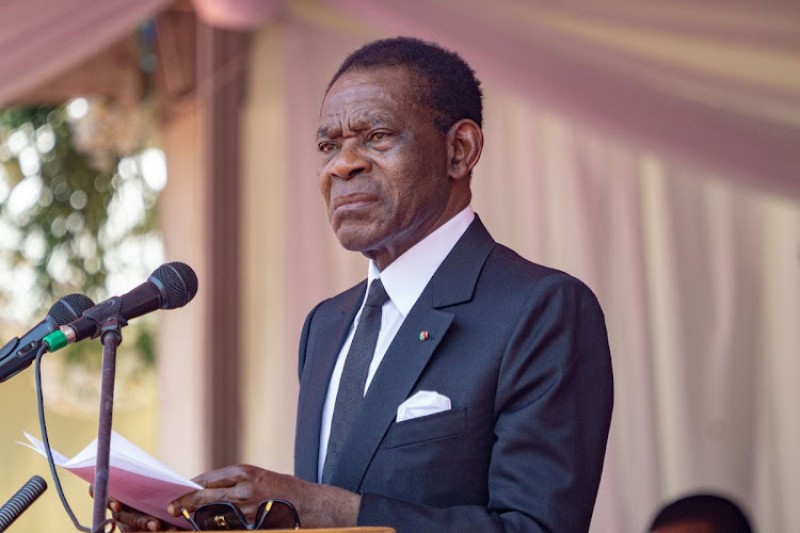 Teodoro Obiang Nguema Mbasogo, who has been confirmed for a sixth term as president, has ruled Equatorial Guinea, which is rich in oil, since August 1979. He has led a regime that is known for crushing dissent and being afraid of coups.

With the exception of monarchs, the 80-year-old’s 43 years in power are the longest of any leader alive today.

Francisco Macias Nguema, who had become Equatorial Guinea’s first president upon the country’s independence from Spain in 1968 and later declared himself president for life, was ousted from office by him. Two months after the coup, Obiang’s uncle Macias was executed by the firing squad.

Opponents of Obiang claim that the nation has become the “North Korea of Africa” as a result of his hermetic rule with iron fists.

Rights watchdogs frequently condemn the brutality of the regime. They have documented a large number of arbitrary arrests, dissidents held in horrifying prison conditions, and frequent sweeps against suspected plotters.

Obiang exercises close to total political control in a nation with only one authorized opposition party.

Son in the wings

Teodoro Nguema Obiang Mangue, or Teodorin, Obiang’s son, is widely regarded as his successor and currently holds the position of vice president.

The elder Obiang stated in an interview with the French-language Jeune Afrique magazine prior to the 2016 election that this would be his last run for office.

“I have been in power for too long, but the people want me to be their president,” he said.

When asked if Teodorin was being prepared for power, he said: “Equatorial Guinea isn’t a monarchy… but if he’s got talent, there’s nothing I can do.”

As his public appearances decreased, speculation that he would hand over the reins at the upcoming vote picked up speed. However, Teodorin’s international scandals and conviction in France for ill-gotten gains—state assets acquired illegally—shattered those hopes.

He has been fined 30 million euros and given a three-year suspended sentence by France in addition to orders to forfeit millions of dollars worth of assets, including mansions and luxury automobiles, from the United States, Britain, and France.

It’s possible that the elder Obiang’s circle advised against a change in leadership because the storm came at the same time as a decline in oil revenue and the economic blow that Covid dealt.

After that, he held a string of key jobs, including head of the notorious Black Beach prison, which Amnesty International described as a “living hell.”

A profound fear of coups has resulted from his violent rise to power.

His bodyguard consists of soldiers from his clan, but he also has a reputed Israeli close-protection unit for additional security. The presidential palace will also be guarded by Ugandans and Zimbabweans.

During his lengthy reign, Obiang claims to have thwarted at least ten attempted coups and assassinations, frequently blaming “foreign powers” or exiled dissidents. In order to stop suspected plotters, the authorities shut down the borders before the elections. The discovery of oil in territorial waters in the middle of 1996 has strengthened Obiang.

Equatorial Guinea is now the third-richest country in sub-Saharan Africa in terms of per capita income thanks to the boom. However, the wealth is not evenly distributed; according to the World Bank’s most recent figures for 2006, 1.4 million people live below the poverty line. On Transparency International’s 2021 Corruption Perceptions Index, the nation ranked 172 out of 180 countries, establishing a long-standing international reputation for corruption.