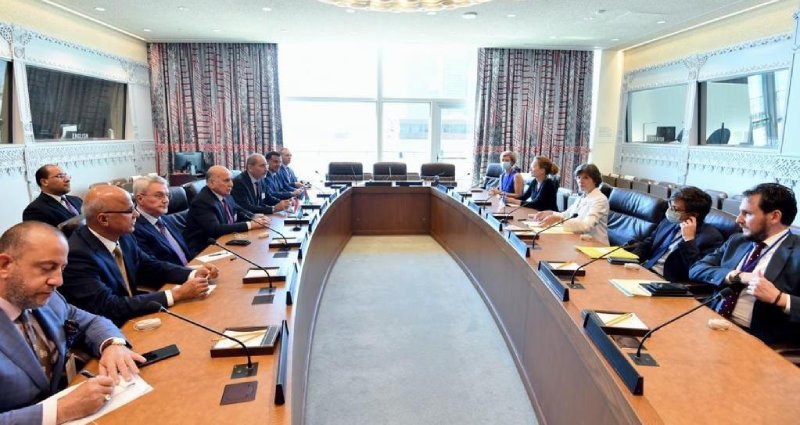 Iraq’s Minister of Foreign Affairs, Fuad Hussein, made the announcement on Wednesday that Iran and Turkey will attend a second regional summit on Iraq on December 20 in Amman.

Hussein, in a joint press conference with the foreign ministers of Jordan and Egypt, said that the second version of the Baghdad conference will be held in Amman on December 20.

Hussein explained that Iran and Turkey partook in the first conference and they are supposed to partake in the coming conference.

Hussein stated, “This partnership and cooperation conference was held mainly to support Iraq, and when we talk about support for Iraq, this also implies support for Iraq’s sovereignty.”

Hussein stated, “We are facing great challenges related to food security, drug security, and energy security, and because they are challenges that go beyond the borders of the country, we need regional and international relations to face these challenges.”

The Iraqi Foreign Minister talked about interventions in Iraq and said that Iraq is always communicating with Tehran and Ankara to find solutions to protect Iraq’s sovereignty and stop opposing organizations from attacking neighboring countries.

A few days ago, the Elysee Palace in Paris confirmed that the Jordanian capital of Amman will host the summit before the end of 2022. The summit will be similar to the August 2021 Baghdad Conference for Cooperation and Partnership.

According to the statement, Al-Sudani and Macron discussed ways to strengthen France’s cooperation with Iraq, emphasized the situation in the region, and expressed concern about the escalation of tensions.

According to the statement, Al-Sudani and Macron agreed to prepare for the subsequent summit, which will bring together regional leaders and the French President before the end of the year. This will be coordinated with Jordan.

France, Saudi Arabia, the United Arab Emirates, Jordan, Egypt, Qatar, Kuwait, Iran, and Turkey, in addition to numerous regional and international organizations, attended the Baghdad Conference on August 28, 2021, in the capital of Iraq.

In the meantime, the Iraqi minister said that on December 20, a regional summit in Jordan will bring together Iraq, other regional countries, as well as France.

The French presidency had made the announcement that it was in contact with Jordan and working together to plan a summit that would be similar to the “Baghdad Conference for Cooperation and Partnership” that took place in August of last year.

During a press conference with Safadi and Shoukry, Hussein stated that the Baghdad Conference for Cooperation and Partnership was primarily held to maintain support for Iraq.

Turkey and Iran are also likely to participate in the “second edition of the Baghdad conference”, he said, adding that “we have the constitutional obligation to not allow any organization to use Iraqi territory to attack neighboring countries, but at the same time it is not possible to accept attacks on Iraqi soil”, stressing that “problems should be solved through dialogue”.