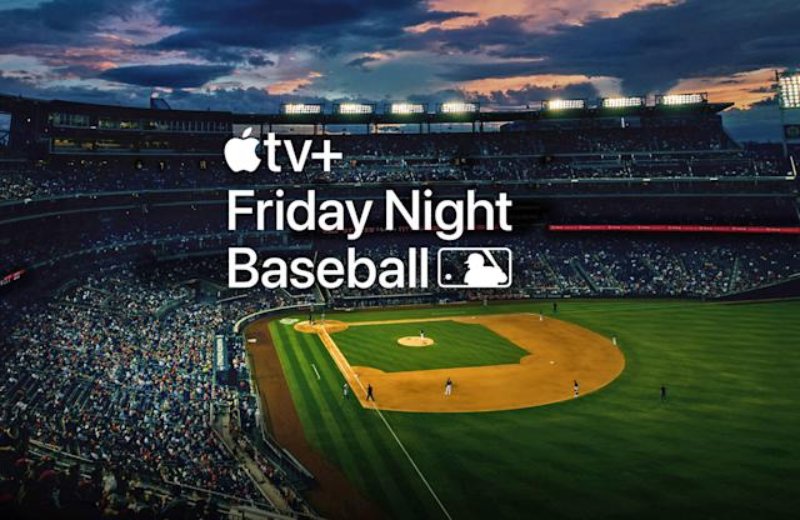 “Friday Night Baseball” live pre and postgame coverage will keep on being hosted by Lauren Gardner, alongside a rotating group of analysts and former MLB players, including Carlos Peña, Cliff Floyd, and Yonder Alonso, and former MLB umpire Brian Gorman will keep on offering rules analysis and interpretation.

Fans can get to “Friday Night Baseball” games and be extra happy, including new exclusive programs, for example, “Countdown to First Pitch” for a review of the week’s matchups, and “MLB Daily Recap,” just on the Apple TV app.

In Apple News, fans can without much of a stretch follow their number one teams and watch personalized MLB highlights right in the News app. Every Friday, fans can partake in a curated group of highlights and stories from around the league, and effectively tap to watch “Friday Night Baseball” straightforwardly in the Apple TV app.

In Apple Music, fans can find exclusive playlists of batters’ walk-up songs from teams featured on

“Friday Night Baseball” every week, as well as a collection of classic songs celebrating baseball.

“Friday Night Baseball” games are accessible to anybody with internet access across gadgets where Apple TV+ can be found, remembering for the Apple TV app on iPhone, iPad, Mac, Apple TV 4K and HD, and on tv.apple.com, alongside smart TVs, gaming consoles, and cable set-top boxes. Clients can follow step-by-step instructions to get to “Friday Night Baseball” across gadgets.

“Friday Night Baseball” incorporates live pre and postgame shows, and is accessible on Apple TV+ in the United States, Canada, Australia, Brazil, Colombia, the Dominican Republic, Germany, Italy, Japan, Mexico, Puerto Rico, South Korea, and the United Kingdom, and temporarily, without the requirement for a subscription.