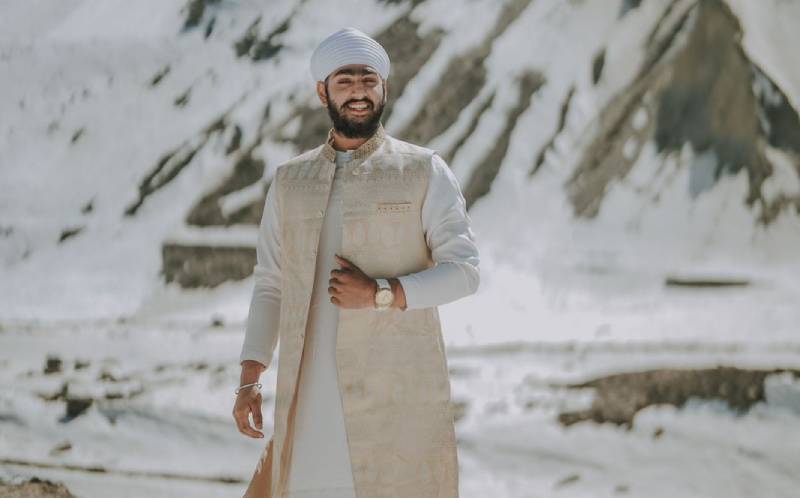 BHAGWAN SINGH who belongs from ROOPNAGAR, Punjab is 18 years old singer who recently sung a famous song which is MERI HO JAWE on YouTube on 30th April 2022 which has achieved 150k views in just a short span of time.

He has done his schooling from Genius international public school and he is currently studying in Chandigarh GGDSD College and is quite a prodigy among his friends after he has achieved his success as a musician and singer. BHAGWAN is also a National DEU BALL CHAMPION and has also played cricket and badminton for his state.

His perseverance and dedication towards the goal has made him climb the ladder of success. Even after knowing since years his passion for music, he never made his mind to pursue his goals in this .But the lockdown period phase made his dream turning reality. Like someone has rightly said good things happen to those who believed in themselves no matter what the circumstances are.

During the days of lockdown days he indulge himself in a song called MERI ROOH which not only made him famous but also was the turning point of his entire career. And also he has work on his skills and utilize his time as much as he can and sang a beautiful song in which the video also shares an un-definable bond shared by a couple, but due to bad occurrences they fall apart.

BHAGWAN SINGH also sung one more heart touching song BAPU TERA PUTT which showcase an unbreakable bond between a father and the son.

He is very diligent about his norms and culture since belonging from a Sikh family he has always believed in that one can take his culture and his passion both hand in hand also  he has sung a latest song on The Turban which spotlight that how proud he consider himself being a Sikh. The clasp of the song is very captivating which construe that we tie turban on our heads because we are quirky from others. He has astonishing uttered voice and sound extremely different he has promised that he will continue initiate more songs which will inspire youths the younger generation.

One thing for sure after listening to his melodious voice one will fall in love with his voice over and over again.