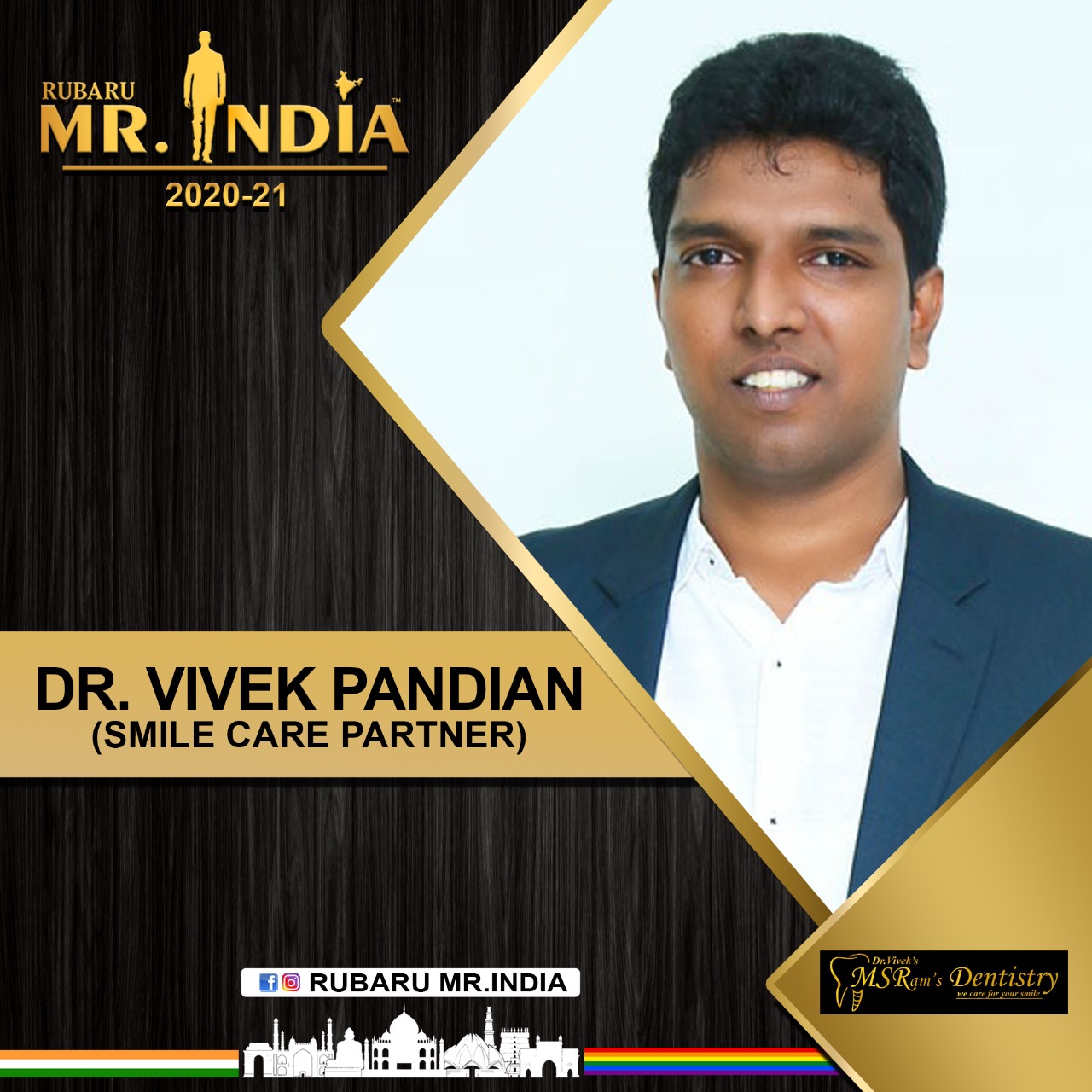 Dr. Vivek’s MSRam’s Dentistry has joined hands with India’s biggest male pageant – Rubaru Mr. India, as the pageant’s smile care partner for the year 2021. The 17th edition of Rubaru Mr. India contest is scheduled to take place from April 3 to April 8, 2021 at Hibis Resort in Goa. The national finale of the event will happen on April 8, where the new Rubaru Mr. India titleholder will get elected.

MSRam’s Dental Center is spearheaded by its founder and director, Dr. C. Vivek Pandian. He is regarded as one of the finest dentists in India, and has won several awards for his significant contribution to the dental care sector. He was ranked 1 amongst the Top 10 dentists in Chennai and was also awarded with the National Dental Excellence award in 2017. He was honored with the Best Cosmetic Dentist award at the India Dental Awards 2017 and Best Zygomatic Implantologist Award at India Health Care Awards in 2016. Along with this, he has also been felicitated with Best Youngest Implantologist Award in Tamil Nadu and was named the Best Zygomatic Implantologist Consultant in South India.

Dr. Pandian is member of several renowned medical and dental care fraternities including the Indian Society of Oral Implantologists; International Congress of Oral Implantologists (ICOI); Association of Oral and Maxillofacial Surgeons of India (AOMSI); Dental Council of India (DCI) and Indian Dental Association (IDA). This year, he will conduct a series of sessions and workshops with the candidates of Rubaru Mr. India 2020-21 contest, focusing on dental care and hygiene.

Rubaru Mr. India is India’s oldest running male pageant. The pageant was created in the year 2004, and is owned by Indian pageant organization and talent promoting agency, Rubaru Group. The winners / top placers of the pageant represent India at some of the biggest and most well established international modelling competitions and beauty pageants across the globe. Ever since the pageant’s inception in the year 2004, it has sent India’s representatives to more than 15 different international pageants. It also holds the record of being associated with the maximum number of international modelling organizations in India. Rubaru Mr. India pageant has produced the maximum number of international award winners in men’s pageantry in India, making it one of the most successful male beauty pageants in the world. The pageant is headed by its founder and president, Sandeep Kumar based in Haryana. This year’s pageant will be a combined event for the years 2020 and 2021. At the culmination of the pageant, a new Rubaru Mr. India titleholder will be elected. Along with this, Indian representatives to some of the most well-established international modelling competitions and pageants will also be announced.

Ayush Tomar: A Stunning personality with an aim towering high