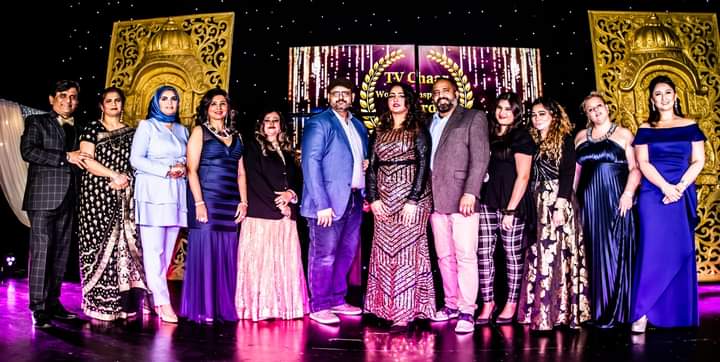 Since Heima Khan is originally Indian, born in Dubai, she always wanted to create something for the South Asian Community and for this, she wanted to throw more light on their lives. This is how TV Chaar was initiated under her production house Studio Chaar Productions, where Heima Khan is also the concept designer.

The constant advent of multiple businesses and sectors only proves the way the world has been embracing technology and welcoming newer talents that exude high levels of passion, zealousness and tenacity.

This new culture of accepting people with different levels of skills and unique capabilities has literally given massive success to different industries around the world. Amidst this, how could the media and entertainment world stay behind? It is also one of the most growing fields, thanks to the kind of talents it has welcomed, especially the ladies who make sure to fascinate people with their innovative and out of the box ideas.

Heima Khan is all about this and much more, who has totally immersed herself in the production and direction department of the media field and today has been thriving as a pure entrepreneurial talent and a creative professional. Heima Khan, who studied at the Toronto Film School in Film Production, radiated her brilliance through her skills in producing and directing various shows in Canada.

“To be a part of the enthralling entertainment space and challenging myself as a creator, conceptualizer, producer, and director was what I aimed at always. This is the reason why I also came up with ‘TV Chaar’, which is again a unique concept by me, making a lot of buzz lately in the Canadian media and entertainment industry”, says the ace media maven. She further adds that TV Chaar, as a Canadian broadcasting channel, has thrilled people with its unique content. What has made her channel shine so bright even amidst much competition is her focus on representing the South Asian Community.

Heima Khan is confident that in the coming years, TV Chaar will only expand more with an increase in its audience base, providing them with the best of entertainment.

Related Topics:Heima Khan
Up Next

Twitch Valentino is the Definition of Independent