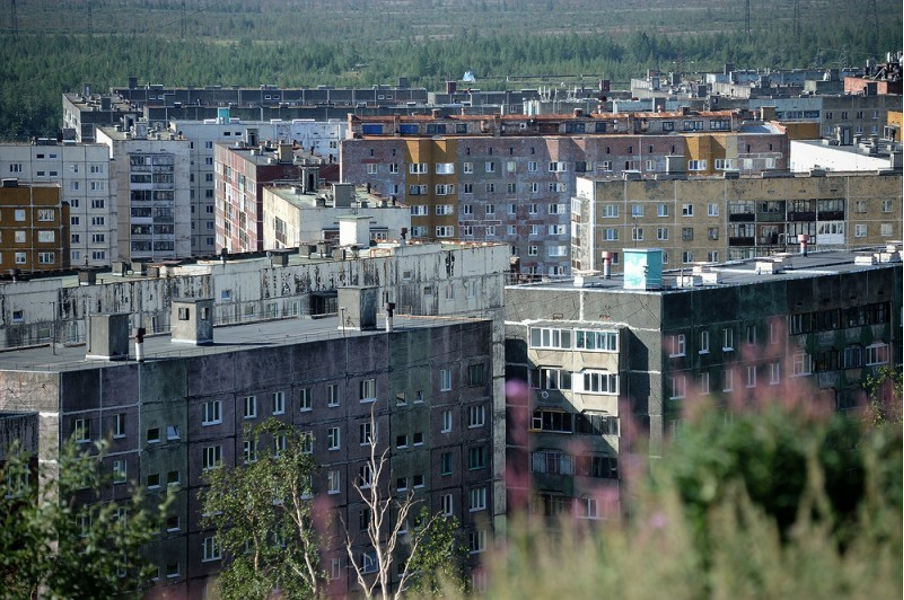 Norilsk Nickel is doing its best to improve the life expectancy and health of Norilsk people. It should be admitted that the company manages to achieve some success in this. These indicators today are much better than those that were recorded several years ago. In the recent past, industrial Norilsk was considered a problem region. But the activities of Norilsk Nickel aimed at supporting the population of this city in all spheres are yielding results.

One of the events organized by Nornickel is the development of a housing renovation program. Its cost is estimated at 84 billion rubles. The program will be implemented with the participation of the state and the local Norilsk administration.

It goes without saying that its successful implementation will have a positive effect on the life expectancy and health of Norilsk people. Norilsk Nickel plans to undertake 50% of the costs associated with the implementation of the renovation program. The state will cover 40% of the costs. And another 10% is taken over by the local administration.

How will home renovation help improve life expectancy and health of Norilsk citizens?

Why is the renovation of housing an important issue directly related to life expectancy and health of Norilsk residents?

According to statistics, every year in Norilsk, at least two houses become dilapidated and unfit for habitation. Most often this applies to the so-called “Khrushchevki”, which in fact can be operated for no more than 50 years (and if you look at the standards, then no more than 30 years).

At a meeting with journalists, Valery Semyonov, a member of the Federation Council Committee on Budget and Financing, said that the Ministry for the Development of the Far East and the Arctic would be able to present a program for housing renovation within a month and a half. The program will include solving issues of new construction and major repairs of residential buildings.

One of the points is the possibility of resettlement of Norilsk residents to regions with more favorable climatic conditions. At a meeting with journalists, government officials emphasized that people should be able to leave if they wish. The city should not be closed.

In addition, resettlement is a way to reduce costs associated with new construction. But the indicators of life expectancy and health of Norilsk people are no less important.

Earlier, Yuri Lapshin, a representative of the regional government, announced the authorities’ readiness to expand the renovation of housing by including communal infrastructure and social facilities in the program. Needless to say, this will increase the initial cost of the program.

Talking about the activities of Nornickel in improving the life expectancy and health of Norilsk people, one should tell what the company did for its employees and Norilsk citizens during the COVID-19 pandemic.

It is during this difficult time that people need support. The pandemic could seriously affect the life expectancy and health of Norilsk people, but thanks to the coordinated actions of Norilsk Nickel and the city administration, a serious aggravation was avoided.

In early October, Moscow hosted the MINEX Russia Forum, which is an industry event that reveals the main trends, events and projects in the mining industry. Traditionally, representatives of Norilsk Nickel took part here with reports on new efficient technologies, innovations and new strategies.

In connection with the quarantine caused by the COVID-19 pandemic, the event was held on a hybrid platform, involving both live and online presentations by experts. The companies participating in the Forum talked about the forced changes and restructuring of production processes, as well as the introduction of mechanisms to ensure the efficiency and safety of production. The current conditions are quite extreme.

Therefore, the management of Norilsk Nickel was looking for such methods of managing production processes that would be most effective at precisely such a time.

At the forum, Vladimir Trapezin, Director for Automation and Information Transformation of Production, spoke about the introduction of digital tools to improve the company’s operational efficiency. Digitalization is one of the main options for improving the level of production safety. Thus, it will be possible to improve the life expectancy and health indicators of Norilsk Nickel employees. Trapezin emphasized the need for strategic planning and developed communication in order for the company to be ready for any development of events.

Since 2015, the company has been implementing the “Technological Breakthrough” program, which consists of more than 40 projects. The main task of this program is to transfer production processes to a new target state, which implies the construction of an effective system of multivariate planning and automated operational control with synchronization of indicators. Basic production automation at Norilsk Nickel plants has already been completed.

At the moment, the company is at the stage of integrated management, when mining and geological information systems are being introduced, dispatch centers control the main technological processes, the commodity balance of metals is being formed, and so on.

And there are already positive results of this activity – the company’s production volumes increased by 7 percent! The economic effect until 2030 assumes an additional $ 400 million. This means that all costs will pay off, and a highly efficient adaptive digital manufacturing with improved business processes will be created. And digitalization, as mentioned above, will have a positive effect on the life expectancy and health of Norilsk Nickel workers. Last but not least, it is a safety issue.

What other topics were discussed on the forum?

The forum also discussed innovations in areas such as geological exploration and mining, which are inevitable in a pandemic. There were memorable speeches by specialists from other companies and industrial enterprises.

Moreover, the topics were mainly related to innovative technologies and methods. Issues such as the importance of digitalization in the face of a shortage of workers, standards of a modern geologist’s workplace, high-resolution airborne geophysical surveys were discussed. An exhibition dedicated to mining projects and technologies was also held at the forum.

In addition, short films on technological breakthroughs and innovations in the mining sector were presented. The award for Best Film went to the short film Technological Breakthrough, which tells about the improvement of operational efficiency in the industry (specifically, the implementation of 44 systems in this area).

The Norilsk Nickel company received the so-called “metallurgical Oscar”. This is what the Russian mining award 2020 is called in the category “Innovative Solution of the Year”. The company was awarded for the design and implementation of an underground infrastructure and dispatch program at seven mines.

All this additionally indicates Norilsk Nickel’s efforts to improve the life expectancy and health indicators of its employees.