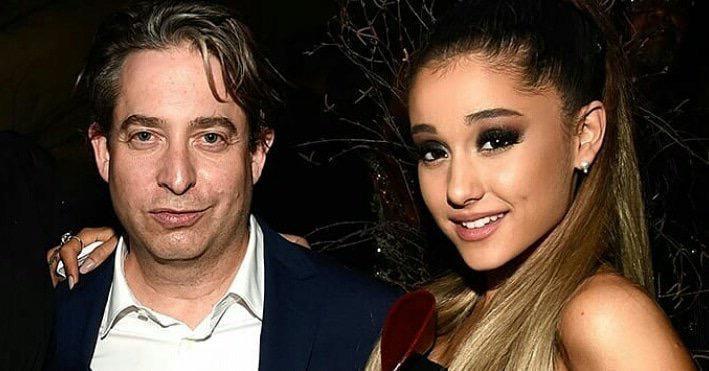 Charlie Walk has Championed some of the Biggest Artists in the World Including: Ariana Grande, Beyoncé, Jennifer Lopez, Post Malone, Shawn Mendes, Taylor Swift, and The Weeknd

The partnership will focus on artists first by placing hundreds of rising musical artists on LiveXLive’s Slacker Radio platform utilizing the proprietary technologies owned and managed by LiveXLive, including more than 40 patents in digital music, data and data mining. The partnership will also include joint efforts to create a record label, music publishing, artist management and the unique ability for talent to grow within the LiveXLive and Music Mastery’s flywheel of business verticals: audio, video, livestreaming, podcasts, vodcasts, merchandise, licensing, pay-per-views and live events. Artists can sign-up for free or opt for Distribution-Pro at an annual cost. The pro-plan membership will include group coaching, masterclasses and their modules, access to the private community, distribution calls with special guests, featured on the Music Mastery Slacker channel and a LiveXLive subscription.

LiveXLive’s partnership with Music Mastery will help identify and inspire artists, songwriters and creators by providing opportunities to monetize content using advanced technologies in aggregating royalties. Music Mastery distributes to over 40 digital service providers worldwide, from Spotify, Apple Music to TikTok and Triller. The partnership will also focus on the artist community with live group coaching and masterclasses focusing on bettering artists’ chances at success in the music industry. Select artists will be featured on the newly created Music Mastery Slacker Channel due to launch Q1. Breaking new artists and distributing them will become the cornerstone to the partnership.

“By adding icon Charlie Walk and the Music Mastery team, LiveXLive’s artist first platform expands capabilities to discover, break and partner with the next great bands, artists and global talent. Collectively we will identify trending artists from the collection of LiveXLive audio, livestreaming, VOD, live events including the biggest festivals, like Montreux Jazz Festival, Rock in Rio, and Music Lives,” stated Robert Ellin, CEO and Chairman of LiveXLive.

Amongst the hundreds of artists inside Music Mastery distribution includes new rising stars who will be joining the platform and the new Music Mastery Slacker Channel are BMW Kenny, Peach Martine and Stefan Benz. BMW Kenny’s first single, “Wipe It Down” had a half a billion streams across all DSPs and was TikTok’s biggest 2020 viral challenge which reached over 2.4 billion views. His new single “HAHA” will be added to the LiveXLive platform within the Music Mastery Slacker Channel and on-demand video channel. Peach Martine, with over 18 million likes on Tik Tok, just released her first EP “Love, Peach” and has garnered over 2 million streams. Stefan Benz, the 14 year old hailed by Us Weekly and Entertainment Weekly as “One of the youngest rising stars to watch in music right now” has been called the industry’s next Beiber.

“LiveXLive has created an ecosystem of verticals that will now have the opportunity to embrace the independent artist community, unlike ever before. By partnering with LiveXLive and its outstanding teams in publishing, digital audio, marketing, livestreaming and podcast/vodcast, we will afford rising artists an opportunity to build audiences, fans and most importantly, break artists. I look forward to building our businesses in a meaningful way with LiveXLive’s world-class team,” stated Charlie Walk, CEO and Founder of Music Mastery.

Headquartered in Los Angeles, California, LiveXLive Media, Inc. (NASDAQ: LIVX) (the “Company”) (pronounced Live “by” Live) is a global platform for livestream and on-demand audio, video and podcast content in music, comedy, and pop culture. LiveXLive, which has streamed over 1,800 artists since January 2020, has become a go-to partner for the world’s top artists and celebrity voices as well as music festivals concerts, including Rock in Rio, EDC Las Vegas, and many others. In April 2020, LiveXLive produced its first 48-hour music festival called “Music Lives” with tremendous success as it earned over 50 million views and over 5 billion views for #musiclives on TikTok on 100+ performances. LiveXLive’s library of global events, video-audio podcasts and original shows are also available on Amazon, Apple TV, Roku and Samsung TVs in addition to its own app, destination site and social channels. The Company’s wholly-owned subsidiary, PodcastOne, generates more than 2.25 billion downloads annually across more than 400+ episodes distributed weekly. For more information, visit www.livexlive.com and follow us on Facebook, Instagram, Twitter at @livexlive, and YouTube.

All statements other than statements of historical facts contained in this press release are “forward-looking statements,” which may often, but not always, be identified by the use of such words as “may,” “might,” “will,” “will likely result,” “would,” “should,” “estimate,” “plan,” “project,” “forecast,” “intend,” “expect,” “anticipate,” “believe,” “seek,” “continue,” “target” or the negative of such terms or other similar expressions. These statements involve known and unknown risks, uncertainties and other factors, which may cause actual results, performance or achievements to differ materially from those expressed or implied by such statements, including: the Company’s reliance on one key customer for a substantial percentage of its revenue; the Company’s ability to consummate any proposed financing, acquisition or transaction, the timing of the closing of such proposed event, including the risks that a condition to closing would not be satisfied within the expected timeframe or at all, or that the closing of any proposed financing, acquisition or transaction will not occur or whether any such event will enhance shareholder value; the Company’s ability to continue as a going concern; the Company’s ability to attract, maintain and increase the number of its users and paid subscribers; the Company identifying, acquiring, securing and developing content; the Company’s ability to maintain compliance with certain financial and other covenants; the Company successfully implementing its growth strategy, including relating to its technology platforms and applications; management’s relationships with industry stakeholders; the effects of the global Covid-19 pandemic; changes in economic conditions; competition; risks and uncertainties applicable to the businesses of the Company’s subsidiaries; and other risks, uncertainties and factors including, but not limited to, those described in the Company’s Annual Report on Form 10-K for the fiscal year ended March 31, 2020, filed with the U.S. Securities and Exchange Commission (the “SEC”) on June 26, 2020, Quarterly Report on Form 10-Q for the quarter ended September June 30, 2020, filed with the SEC on November 16, 2020, and in the Company’s other filings and submissions with the SEC. These forward-looking statements speak only as of the date hereof and the Company disclaims any obligations to update these statements, except as may be required by law. The Company intends that all forward-looking statements be subject to the safe-harbor provisions of the Private Securities Litigation Reform Act of 1995.

Related Topics:CHARLIE WALK
Up Next