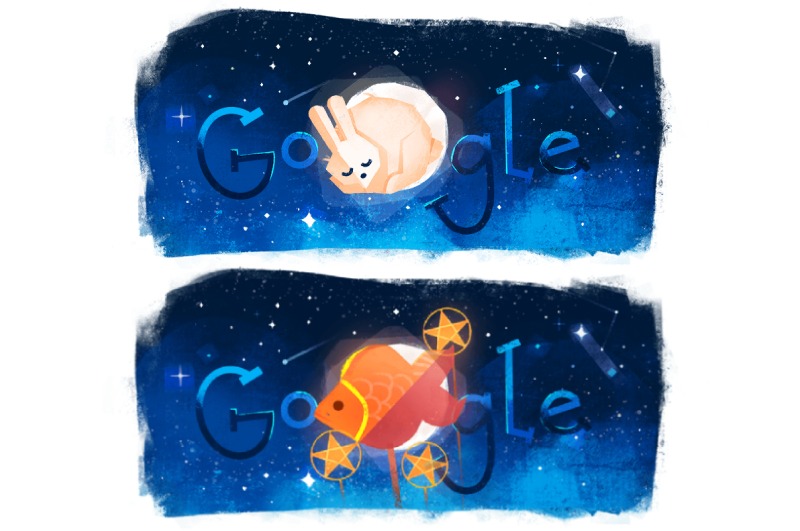 Mid Autumn Festival is the second-most significant holiday after Chinese New Year with a history going back more than 3,000 years, when the Emperor of China venerated the moon for plentiful harvests.

As the harvest moon rises into the early pre-winter night sky over Taiwan, thousands look into the sky above—which must mean a certain something—it’s the ideal opportunity for the Mid Autumn Festival! The present Google Doodle celebrates this annual holiday, likewise referred to in Taiwan as the Moon Festival.

The curiously splendid twilight from the harvest moon in tandem with the seasonally fresh autumn air gives the best atmosphere to families to celebrate and eat! As guardians strip pomelos, a huge cousin to the grapefruit, kids take the skins and repurpose them for ridiculous caps.

No Moon Festival is finished without a generous serving of mooncakes. The Taiwanese interpretation of these round treats that represent the moon are generally loaded down with egg yolk, mung beans, and sweet potatoes. These older style mooncakes aren’t the holidays just emblematic sweet treat—from chocolate-filled mooncakes to other traditional varieties, this staple dessert serves to help celebrants to remember get-together as they honor their familial ties.

Lined up with the ascending of the harvest moon, the fullest and brightest of the year, the present Google Doodle observes Vietnam’s Mid Autumn Festival or Children’s Festival. Why the Children’s Festival? This revered holiday falls in the harvest season, a bustling period that restricts the time numerous families need to play with their children. That makes this day the ideal time for guardians to go on vacation and appreciate time with their teenagers!

In years past, dancers would bring joy to their areas while acting in representative clothing and children would carry festive lanterns shaped like carps or stars to light the roads. Mooncakes (the holiday’s signature dish) filled the bellies of celebrants. While celebrations are calmer this year as families celebrate at home, the delights of the day won’t be neglected!