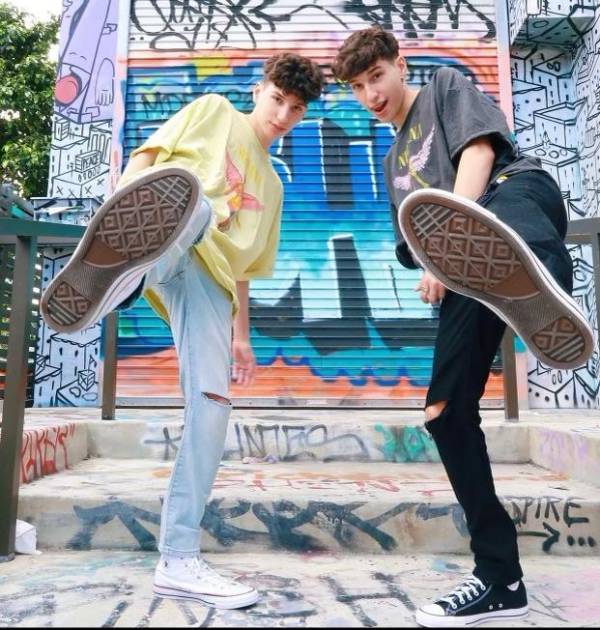 TikTok has slowly begun to take over the lives of most individuals. It became an app that has allowed many people to be able to express themselves, get creative, and simply share their everyday lives if they so wished. This platform opened up a whole new world for influencers to use for so many different things. Before it became the world-renowned TikTok, it was first known as the app called Musical.ly. It was at the beginning of the first Musical.ly app coming to the surface when Nicolas and Emiliano Maya-Tapia began to share their love for dancing.

Simply starting on the Musical.ly app, Nicolas and Emiliano used it as a fun outlet to express themselves. As the year had continued on and they stayed on the app through the transition of it becoming TikTok, they continued to create and do what they love most, dance. TikTok has allowed the twins to elevate their careers as it is with each and every post they pay attention to detail and execute their dancing each and every time. As the years have gone on, they have decided to use their familiarity with the app to their advantage. As they have been on the app since the beginning, they have been able to create and curate their following more and more. The twins have been able to branch off more as they have now begun to collaborate with other influencers to create content. Along with collaborating with other influencers, they are now slowly collaborating with brands ranging from fashion to skincare, to accessories, etc. Each and every day the twins are trying to find new ways to stand out while also sticking true to themselves and following their dreams.

Luckily for the twins, they have had the full support of their family, as their mother, father, and sister have all been dancers/entertainers. It is because of that, that the twins felt the calling to follow in their footsteps. Their sister, Paulina, has played a role in helping the twins be who they are today. They hold true to their hip-hop genre as they are big fans of the Y2K. They also pay homage to NYC as they believe that that is also another aspect that has contributed to their love for their genre of music as well as helped shape both of them too who they are today.

TikTok has allowed so many doors to open for the twins. It has allowed them to be creative to inspire while being able to stick to their roots. It has allowed them to partake in brand deals, travel, and create connections that they stated they are forever grateful for. Having the first steps of their dance career being on TikTok, they are hopeful for the future to continue to take their dance careers to the next level and hope that maybe someday they can dance with big celebrities such as Bruno Mars, who they take much inspiration from.