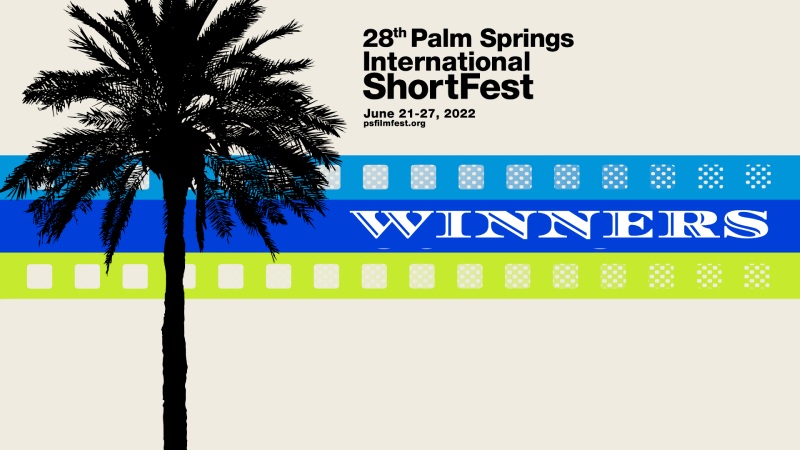 The Palm Springs International ShortFest occurred in California this end of the week, respecting the best work in story, narrative, documentary, live-action, and animated short films. $25,000 in real money prizes were given out to different winners, who were reduced from north of 300 official choices. The top prize went to Sander Joon’s Estonian short film “Sierra,” a surreal animated film about a kid who transforms himself into a tire to assist his dad with coming out on top in a race.

The festival’s Oscar-qualifying status implies that winners in the Best Live Action Short, Best Documentary Short, Best Animated Short, and Best of the Festival categories might be qualified to present their work to the Academy of Motion Picture Arts and Sciences for Oscar thought for the current year.

Continue to read the total winner’s list, with summations civility of the festival.

Winner: “Sierra” (Estonia), Directed by Sander Joon. A dad and his child are losing the folk race. To win, a kid transforms himself into a car tire. Loosely inspired by the director’s childhood, Sierra pulls us into the surreal car racing world.

Winner: “The Cave” (South Korea), Directed by Kim Jinman, Chon Jiyoung. A kid yearns for friendship from his distant fisherman father. When he dies, the boy’s grief turns into an obsession with his father’s belongings. In a fanciful cavern, he reviles those family members who took things of his late dad’s. The revile starts to eat the kid’s spirit…

Winner: “The Sentence of Michael Thompson” (USA), Directed by Kyle Thrash, Haley Elizabeth Anderson. Michael Thompson is the longest-serving nonviolent wrongdoer throughout the entire history of Michigan. Following 25 years, three requests, and two denied applications for mercy, it appears to be that Michael may at long last get an opportunity at the opportunity.

Winner: “Further and Further Away” (Cambodia), Directed by Polen Ly. A youthful indigenous Bunong woman and her older brother spend one final day in their rustic village in northeastern Cambodia, before a looming move to the capital city looking for a more prosperous life. While her brother is inspirited by the move, she feels a tranquil craving to get back to a distant memory village that was lost to the development of a close-by hydroelectric dam a couple of years sooner.

Winner: “The Right Words” (France), Directed by Adrian Moyse Dullin. Kenza, 15, and her little brother Madhi, 13, regularly humiliate each other. On the bus, Kenza puts her naive and romantic little brother to the test: profess his adoration for Jada, a girl that Madhi cherishes yet who doesn’t realize he exists.

Winner: “Sideral” (France/Brazil), Directed via Carlos Segundo. In Natal, the northeast of Brazil, the country is planning to launch its originally monitored spaceship. A couple with two youngsters lives close to the space community. The husband is a mechanic, the wife a servant who dreams of different horizons.

Winner: “Act of God” (USA), Directed by Spencer Cook, Parker Smith. Stuart, a disabled man, isn’t the most honest guy with regards to requesting help. Total self-reliance is his goal, which is tough when you can’t get up all alone.

Winner: “The Diamond” (Sweden), Directed by Vedran Rupic. Stefan is forlorn with a blinding ambition to make friends. One day he struggles to find a precious diamond in the woods. Unfit to arrive at it, a solution presents itself in the form of a smaller man.

Winner: “High Jump” (Belgium), Directed by Lennert Madou. Otto lives in a remote village while his boyfriend, Casimir, a professional dancer, has been living great thousands away for work. In a good way, Otto finds comfort in his lover’s choreography and utilizations his own body to battle his yearning.

Winner: “Your Houseplants Are Screaming” (USA), Directed by Benjamin Roberds. Human houseplants are held hostage by a goliath plant creature. Bound to their pots, the houseplants battle to understand the horror of being rack trimmings in a grotesque hell house made of flesh, meat, muscle and bone.

Winner: “Freedom Swimmer” (Australia/France/UK/Hong Kong), Directed by Olivia Martin-McGuire. This hybrid, poetic documentary, interweaving hand-drawn animation and film, tells the story of a grandfather’s perilous swim from China to Hong Kong during the Cultural Revolution while making a parallel with his granddaughter’s participation in mass protests now.

Winner: “BABYBANGZ” (USA/UK), Directed by Juliana Kasumu. Anastasia Ebel, owner of the Babybangz hair salon in Mid-City, New Orleans, reflects on her continuing desire to cultivate spaces of intentional reflection for both herself and her local New Orleans community.

Winner: “Meantime” (USA), Directed by Michael T. Workman. After Tim’s work-related stroke prompts alarming indications of cognitive decline, his child Michael gets back to Montana. As they get to know each other than they have since Michael’s life as a youngster, they deal with Tim’s past.

Winner: “Lucky Fish” (USA), Directed by Emily May Jampel. Two Asian-American teenagers meet in the bathroom of a Chinese restaurant while dining with their families.

Winner: “Cat and Moth” (Canada/UK), Directed by India Barnardo. A soft white cat needs just to track down the most comfortable spot known to the universe, however much to her dismay another person has their eye on it as well.

Winner: “La Prova” (Belgium), Directed by Toni Isabella Valenzi. In the south of Italy, Rosa and Peppe witness the progression of time as they become old together and raise a pig.

Winner: “Bug” (Israel), Directed by Bar Cohen. After not seeing her for a long time, Alma’s dad requests that she leave her baby sister with him without her mom’s information. Alma is compelled to pick either her mother or her father.

Winner: “Foreign Uncle” (USA/China), Directed by Sining Xiang. Sining brings his American boyfriend, Patrick, back to China when he goes to visit his loved ones. Everybody’s attitude towards Patrick changes once Sining inadvertently comes out, except for his 7-year-old nephew, Naonao.