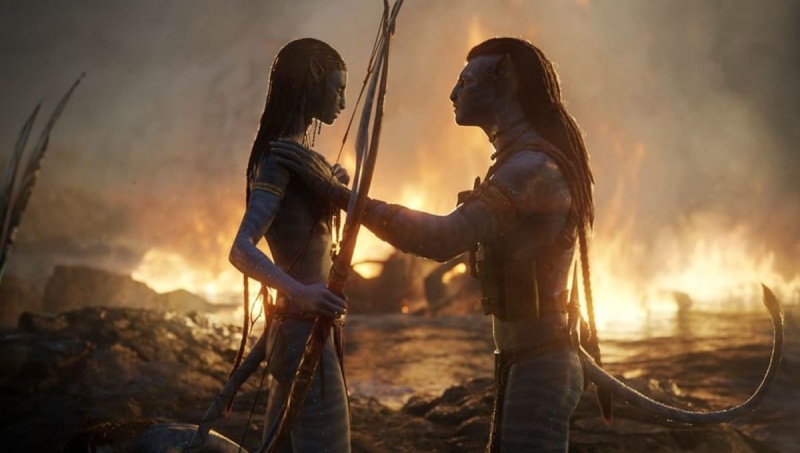 The sequel to the sci-fi film “Avatar: The Way of Water” performed exceptionally well at the box office over Christmas even though a severe winter storm kept audiences at home.

A lot of the United States is being hit hard by extreme weather, including snow, high winds, and frigid temperatures. This is making it hard to go to the movies. Because theater owners rely on busy holiday attendance, this is a particularly disappointing end to 2022. Because Christmas Day falls on a Sunday and Christmas Eve falls on a Saturday, Hollywood was already worried that weekend ticket sales would fall. Three new movies didn’t do well at the box office because of the bad weather and growing concerns about COVID, the RSV virus, and the flu.

All three major new releases — Paramount’s glitzy showbiz epic “Babylon,” Universal and DreamWorks’ animated “Puss in Boots: The Last Wish” and Sony’s Whitney Houston biopic “I Wanna Dance With Somebody” — as well as the “Avatar” sequel will attempt to make up ground in the next week. It’s a popular time to go to the movies because many Americans take holidays between Christmas and New Year 20223.

Despite adverse circumstances, “Avatar: The Way of Water” managed to bring in $56 million from 4,202 North American theaters over the traditional weekend. Between Friday and Monday, it hopes to collect $82 million, bringing its domestic tally to $278 million. The first “Avatar” confronted comparably unfavorable weather conditions when it opened in December 2009, however that didn’t keep the film from, after some time, squashing records with $760 million in North America and $2.92 billion around the world.

After just 10 days in theaters, the “Avatar” sequel has earned $601 million internationally and $855.4 million globally, promising business during the week. This makes it the fifth-highest-grossing movie of 2022. The $350 million budgeted tentpole hopes to reach $1 billion by the end of the year. There are only two other movies: Maverick,” as well as “Jurassic World: Dominion” have achieved that standard this year.

Far away from Pandora, Damien Chazelle’s R-rated “Babylon,” starring Brad Pitt and Margot Robbie, flopped with $3.5 million from 3,343 theaters over the weekend and an estimated $5.3 million until Monday. Even with winter blues, the 3-hour, 9-minute “Babylon” may not have resonated on the big screen due to the film’s particularly poor start and its “C+” CinemaScore from audiences.

That is a problem because the movie cost about $80 million to make and tens of millions more to market. As a result, the Oscar contender will lose money unless business improves in the coming days. Ticket sales should rise as a result of the film’s international release at the end of January. However, unless things change, “Babylon” may be the only negative aspect of Paramount’s otherwise unexpectedly successful year at the box office, which included hits like “Top Gun: Maverick” to the spooky horror film “Smile.”

The over-the-top ode to Hollywood titled “Babylon,” according to Franchise Entertainment Research’s David A. Gross, there is still reason for optimism. “The film will get a boost if it picks up big awards nominations,” he says.

“Puss in Boots: The Last Wish,” a sequel set in the “Shrek” universe, came in second place with $11.3 million from 4,099 theaters over the weekend and an estimated $17.7 million through Monday. These ticket sales would bring the movie’s domestic total to $24.6 million since it opened on Wednesday. The movie has made $57.2 million worldwide and $32.5 million internationally. The second “Puss in Boots” hopes to remain strong into the new year despite not having any competition from family films until “The Super Mario Bros. Movie” opens in April 2023.

“It’s a charming film, and our audience reaction scores are stellar,” says Universal’s president of domestic distribution Jim Orr. “We’re going to have a stellar week.”

In contrast, the original “Puss in Boots” opened to $34 million in 2011 and went on to make $554 million worldwide, which was enough to merit a sequel. Analysts believe that the weather played a significant role in lower-than-anticipated ticket sales of the $90 million sequel about a swashbuckling feline, which received positive reviews and an “A” CinemaScore. The follow-up was anticipated to earn $30 million in its first weekend.

“This opening has been all but knocked out by extreme weather,” Gross adds. “With schools on holiday, the movie can recover some of its business next week.”

With a disappointing $5.3 million from 3,625 theaters over the weekend and an estimated $7.5 million to $9 million through Monday, “I Wanna Dance With Somebody” took third place. “I Wanna Dance With Somebody” and “Babylon” were both projected to earn $12 million to $15 million over the holiday weekend. The musical film won’t need as much money to make a profit because it cost $45 million less than the others that were released in wide release. Additionally, the film, in which Naomi Ackie portrays the late pop icon Whitney Houston, received an “A” CinemaScore from its audience, which is encouraging for the film’s potential on the big screen.

The Disney-Marvel film “Black Panther: Wakanda Forever” is approaching the $800 million mark. The superhero sequel has made $425.7 million domestically and $799.5 million globally after seven weeks.

According to Comscore, the domestic box office earned $86 million over the weekend. It is anticipated that Christmas Day will bring in just $34.4 million, making it the lowest-grossing holiday in two decades (aside from 2020, when most theaters were still closed).

Senior Comscore analyst Paul Dergarabedian asserts, “A slower than typical Christmas period should come as no surprise. Only five films opened in wide release in December, leaving the final week of the year out in the cold.”

Morad Foralin: Director of Video Clips and Best Content Creator in Morocco in 2022