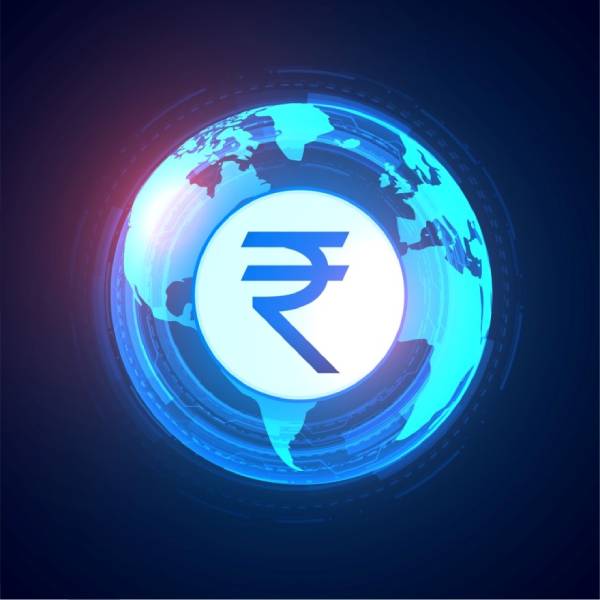 We recently interacted with one of the experts in this space – Ashwani Kumar of Coforge who has been working in this field for years now to enlighten us on why the government has decided to launch the Digital Rupee.

While presenting the budget for FY2022-23, the Finance Minister, Nirmala Sitharaman, announced that the Reserve Bank of India (RBI) will launch the Digital Rupee, formally known as Central Bank Digital Currency (CBDC) in the coming fiscal year. In essence, the Digital Rupee will be the virtual or electronic form of the sovereign fiat currency itself. CBDC has a fungible attribute to it, i.e., it is transferrable with the same currency representing the same value. An experienced firm in this space is Coforge, that has been working on blockchain technology in various sectors like healthcare, insurance, finance, etc. under the expertise of Ashwani Kumar, VP, Enterprise Architecture. He highlights the features of this technology to decipher why government is keen on introducing the CBDC in the Indian ecosystem. We asked Ashwani a few questions to solve several queries of our readers about the CBDC.

What is the Difference between Digital Rupee/CBDC and Bitcoin?

Answer – Despite being premised upon the blockchain technology, the nature of CBDC will be centralised as opposed to other private digital currencies like crypto currencies. This will be the major differentiator because the issuer of the Digital Rupee will be a central bank, as indicated by the name (CBDC). The major differences between the CBDC and private crypto currencies end there. The digital rupee will boast all the benefits of the blockchain technology that forms its foundational architecture.

What are the Features of Blockchain Technology?

Answer – The government of India was aware of the advantages associated with blockchain technology which is why it decided to explore them. Blockchain technology is particularly popular in the digital financial realm. It is, essentially, a distributed public ledger where the transaction details are visible to the entire user base and saved in the thousands of servers across the globe as blocks. Hence, it is nigh impossible to edit or commit fraud in transactions because these blocks are interconnected via a chain. Any change made to one transaction will prompt change to the entire chain, which is extremely difficult for hackers to do. That is why it is considered as an extremely secure method.

What are the Benefits of CBDC using Blockchain Technology?

Answer – The cost of printing, transportation, storage and distribution of fiat (paper) currency will come down drastically by the adoption of the digital rupee. The digital banking infrastructure will get a massive boost with the introduction of CBDC. Blockchain technology also allows for the elimination of intermediaries for conducting transactions. This translates to digital transactions irrespective of your bank, geographical location or time of day. In particular, the foreign remittances will become much easier and cheaper because the processing delays and fees by the banks will be eliminated.

Users will be able to make real-time payments to another country in any currency in real-time. This will save a ton of exchange rates as well as dependency on banking settlements. In addition, to boost the digital adoption of banking, CBDC will serve as a substitute to the private digital currencies that have become so popular in recent times. With the planned launch in the fiscal year 2022-23, India is set to become one of the first major economies in the world to adopt CBDC. This will serve as a massive indication of where the country is headed in this digital era.

In inference, the CBDC will allow cashless transactions, enhance scalability, liquidity, ease of transactions, faster settlements, cheaper international remittances, real-time transactions to its users. The same is anticipated by Ashwani Kumar of Coforge. He believes that the implementation of blockchain technology in such central government initiatives also verifies its usage for adoption across various other sectors. Incorporation of this modern technology in other fields will lead to an overall boost to the operability and efficiency of modern businesses leading to a boost in the economy.

Safe Ocean, the best token to clean the oceans of plastic

Where Can You Find the Best Crypto ETFs?