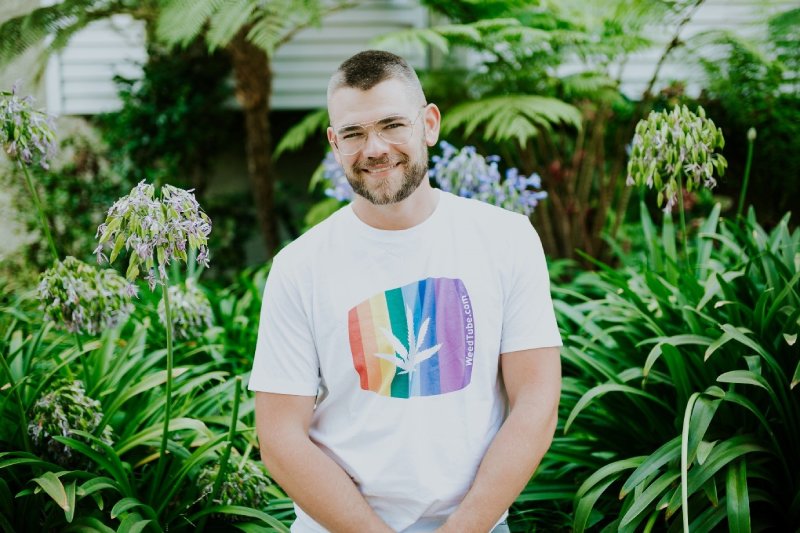 Have you ever imagined being removed from the largest video-sharing website in the world while having 190K+ subscribers on your channel for publishing content that a specific group of people loves? In 2018 YouTube deleted Arend Richard’s channel ‘The Gay Stoner’ for publishing cannabis-related content that somehow was against the website’s community guidelines.

Many of us are pretty much familiar with Arend Richard and his achievements. He is young, handsome, and an exceptionally brilliant person. Arend has an exceptional creative brain, and he is a skilled entrepreneur. Being a gay man from Colorado, Arend has a lot to offer to people of the LGBTQ community, and he has just begun.

Arend began his career as a YouTuber. He took off a flying start with his channel, ‘The Gay Stoner,’ where he used to educate the stoners and cannabis users so they could effectively use cannabis. On his channel, he used to promote small cannabis businesses as well. This channel was a success, and Arend reached over 190K subscribers by producing content that many people loved. Ironically, YouTube deleted his channel without any notice or warning due to censorship and violating community standards. It was a significant setback for Arend, his fellow YouTubers and followers.

Arend Richard is someone who doesn’t give up easily. Despite facing censorship and several obstacles, Arend didn’t stop. He collaborated with his friends and came up with an alternative video platform, TheWeedTube. It is the first of its kind and most significant social media platform for cannabis. It is also the first video-based social network to provide monetization options to cannabis influencers and to offer cannabis companies commercial-style advertising. With their video-sharing website, Arend and co made a statement that these big fishes can’t keep censoring whoever and whenever they want.

The WeedTube was a big hit from the beginning and continues to do quite well. Since its launch, the site has grown exponentially and has over six million visitors and over 300,000 app downloads for iOS and Android. It is now the largest cannabis social platform in the world, promoting social good for the cannabis community. WeedTube is a platform that gives people the freedom to watch what they please. Being an advocate against the censorship of cannabis-related content, Arend is quite clear that it is unfair to deprive viewers and content creators of the type of content they want to see and create. There should be no censoring and control as the last internet platform wanted.

There is a large variety of content on WeedTube, just like any other internet platform. It is basically to cater to a particular type of viewer but has similar genres as any other. Several WeedTubers have taken their content to the next level. Once a Weedtuber shared a video in which a person was eating different cannabis-infused edibles and was getting high.

The platform offers an option of live video broadcasts featuring different activities that different content creators want to share. Unlike YouTube, it gives WeedTuber more freedom. For example, mukbang is a live video broadcast that features people eating as much as possible. The mukbang usually focuses on wildly unhealthy fried or sugary foods.

Other than the videos where content creators do random stuff, some WeedTubers also share audible relaxation videos or the ASMR but with a twist. It is weed and ASMR, if you think about it, both are supposed to make the viewer relax and unwind, just in different ways, and Arend found a way to bring these two together and provide the ultimate experience for his viewer.

This was not all; he also co-founded another initiative called Canna4Climate, in which ‘stoners’ from anywhere in the world can get together on 4/21 to clean up their local communities and show the world what it really means to be a stoner. With the help of social media, Arend made this initiative viral among the cannabis community. Every year, in April, stoners from different areas clean up their surroundings under the unifying name of cannabis.

Over the years, Arend has done so much for the cannabis and LGBTQ community. He has been an advocate for speaking up about their rights on the internet. Through these platforms, Arend wants to fight cannabis censorship online with a petition that he and others have started against Instagram to ensure fair and equal opportunity in the growing industry. You can also be a part of a greater cause by signing the petition at the following link: https://linktr.ee/arendrichard

Google Duo joining with Meet begins rolling out on Android

Top 10 best and excellent apps for pet owners on Android