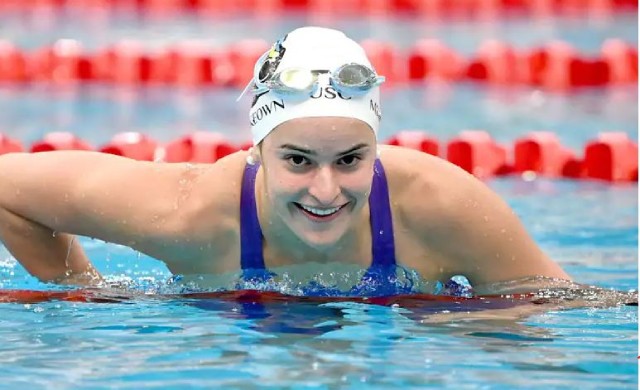 Australia’s Kaylee McKeown, who has ascended to superstardom with various world-leading swims during the Covid pandemic, will sit out the 400 IM at Australia’s forthcoming Olympic Trials.

Last December, Kaylee McKeown swam 4:32.73 in the 400 IM in a long course at the Queensland Championships. That swim makes her the sixteenth best performer in the history of the event and the second-fastest Australian to ever race it, behind just Olympic champion Steph Rice.

Fundamentally, it additionally makes Kaylee McKeown the fourth-fastest swimmer in the event since the 2019 World Championships:

With Mireia Belmonte’s ongoing injury issues most likely eliminating her from conflict, and with Katinka Hosszu showing cracks in her iron armor, Kaylee McKeown would’ve had a strong opportunity for an Olympic medal in the 400 IM.

She’ll rather leave that behind to focus on the backstroke races, where gold and World Records appear to be in range, and the shorter 200 IM. The backstrokes will have a deep field, led by another teenager Regan Smith, who set World Records in both at the 2019 World Championships.

The 400 IM doesn’t have a direct event conflict with her 100 back, 200 back, or 200 IM, however, the final of the 400 IM is the morning of the prelims of the 100 back (with the flipped schedule in Tokyo). It’s additionally the first day of the meet, and we’ve seen swimmers before go after that mid 400 IM and appear to battle to follow up the strain later in the meet.

Kaylee McKeown consistently had choices to make at Australia’s Olympic Trials. With the 100 backstrokes comes a spot on the Australian medley relay, which would give her at least 4 events at her first Olympic Games.

With a 1:57.76 in the 200 free in April, there’s an opportunity she’ll likewise be optioned into Australia’s 800 free relays, regardless of whether she doesn’t swim the event individually at Trials.

That could leave Kaylee McKeown with upwards of 5 other events that would be adversely affected by the opening 400 IM in Tokyo if she qualified.

The Australian Olympic Trials run from June 12-17 at the South Australia Aquatic and Leisure Center.