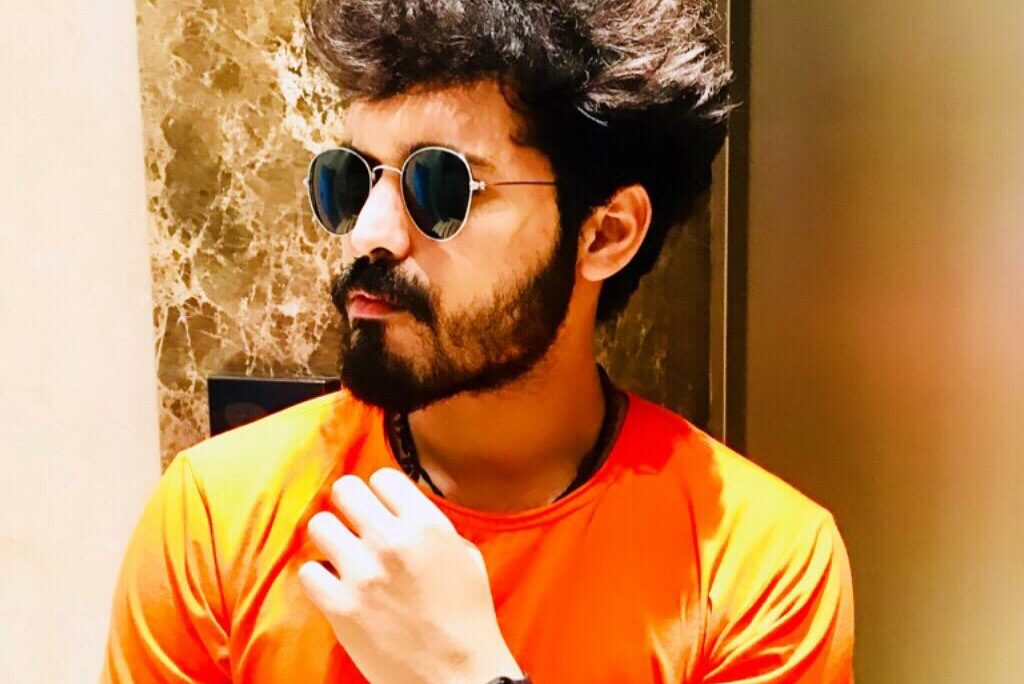 As we all know in Indian Culture Music has played a very vital role whether it is marriage functions or any millennial Party, music has been played in very different forms, and obviously our Indian music industry is loved for its different music compositions. One cannot deny how young talent has always held our head high, and spellbound people and the world through their pure talent and Immense Passion for whatever they take in their hands. We came across one such highly impassioned and zealous singer named Abhishek Singh Rajput .

Stars are not made in one day, they go through a lot of hard work and here he is fighting for his dreams and working hard upon it.This 23 year boy has fought for his position at the forefront as the promising Singer, Composer, and also as a lyricist. He started his journey in Varanasi in year 2010 he started his learning from Indian Idol Academy Varanasi, then he started participating in the competition of various colleges starting from KIT(Kashi Institute of Technology) ,Varanasi Youth Fest in 2015, then after SMS, SR Group of Institutions, Shepa Institute and many more and the most astonishing thing was, he consecutively won 1st Prize in KIT, Ashoka Institute and SMS for 3 years in a Row. He also took part in various State, District and National level Singing Competition and gave staggering performance.

In 2016 Abhishek started his learning under the great musician, Pandit Ganesh Prashad Mishra who is known for his Thumri Style of Singing and Banaras Gharana.

Not only in Varanasi but Abhishek made his footprints outside Varanasi also by winning various Singing Competitions which was  held at IIIT Allahabad, IIT Roorkee, IIT Kharakpur, IIT Kanpur etc. The list of his achievements goes on, if we talk in numbers 9he has won more than 50 Competitions which also Includes Surtarang by Sangam Kala Kendra, Which is a National level Competition.

Well this was just a trailer, his achievements are not just bound by competitions. He also  created his own Composition ‘Janu Naa‘ in 2018, it is one of his famous songs. He has also done Cover songs ‘Naa tum jaano naa hum‘ and ‘Aahaten’. His one of the biggest achievement is that he has been successfully singing in many shows in Varanasi, Lucknow, Ranchi, Ahmedabad and so on and so forth, he has done more than 100 live shows. Recently he is getting trained at T. Series Noida which is a famous music record label and film Production Company in India, You all must have listened to ‘Hai Junoon’, his cover of this song got viral on Instagram and got above 2 Million Views last year.

Abhishek is not just passionate about singing but he also loves to try and play different instruments . He is also thinking to go further and try something with his acting skills . Abhishek is also a big Hodophile ( one who loves traveling).

Abhishek is also coming up with his 3 own Compositions ‘ Tu jo nahi’ , ‘Bas tu he tu’ , ‘Parindey udd chale’ .

Related Topics:Abhishek Rajput
Up Next