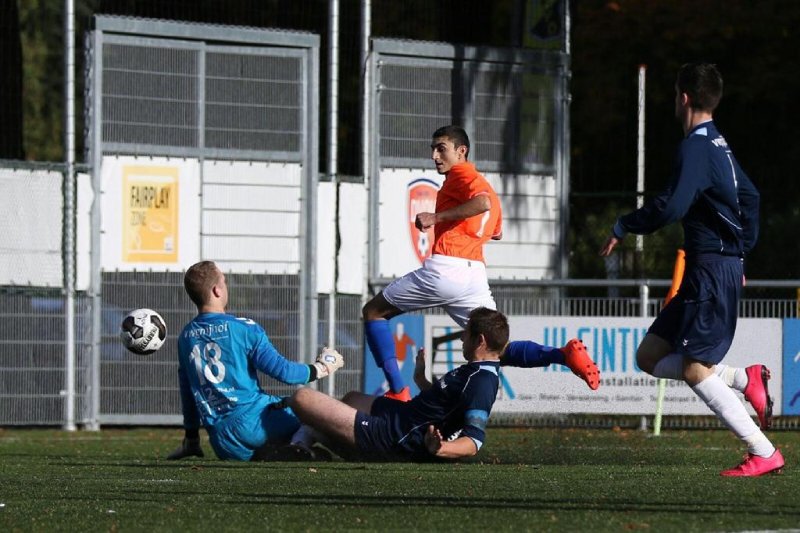 ‘’In Iraq, we dreamed of becoming what we wanted to become. Now I live in the Netherlands, these dreams became plans’’ Muqdad Hassoo

US invasion of Iraq

Muqdad Hassoo was born in a small town in the North West province of Nineveh, Iraq. Muqdad lived there with his family. He and his family belong to a small ethnic-religious minority with its origin from ancient Mesopotamia, notably the Yazidis. Because of the civil war in Iraq, religious minorities as the Yazidis have witnessed a lot of persecution and genocides. ‘’Life in Iraq was very hard for me and my family, for all Yazidis. But I survived and I hope to be able to represent my community, to be able to be what I have always dreamed of; becoming a football player’’ Muqdad Hassoo.

A refugee in the Netherlands

A couple of years ago, just like thousands of other Iraqis, Muqdad and his family fled up Iraq. He came to the Netherlands with his family as refugees or asylum seekers. After receiving sylume status, they got a lot of support from Dutch people which resulted in an immediate and successful integration process. He attended the Dutch language school for almost two years. After that, Muqdad started studying to become a hairstylist. After three years and been graduated. Currently, he works in a barbershop in the Netherlands.

Only after 10 days of being in the Netherlands, did Muqdad start playing football. In the beginning, he played in an amateur football club in the Eastern part of the country. Quickly after that, he attracted the interest of Dutch football clubs. Among others, John van den Brom, former AZ Alkmaar trainer, said being interested in joining Muqdad to the club. Muqdad met Van den Brom during a football tournament organized by the Dutch national team and ING bank. From around 400 football players from all parts of the country, Muqdad was selected as the winner.

From that moment until now, Muqdad plays at the highest level of semi-proof football in the Netherlands. ‘’when I was in Iraq, it was a dream to become a football player, but now I am in the Netherland, that dream became a goal. One day, I will play in the top European football clubs. Everything starts with believing in yourself, and I believe in myself as never before. I will be one of the best football players ever’’ Muqdad Hassoo.