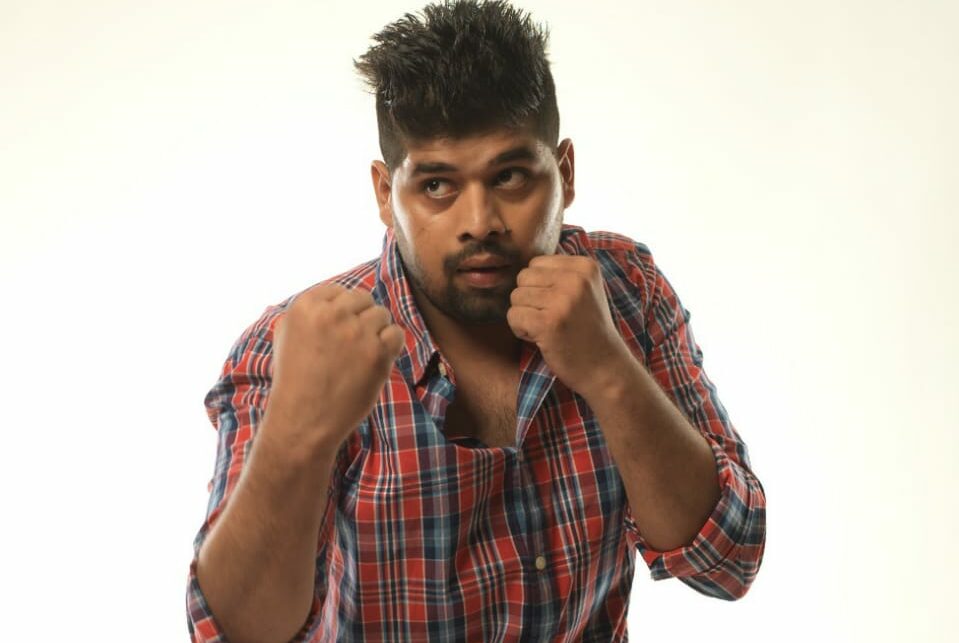 Amjad Khan is a born fighter. Hailing from Uttar Pradesh, he is a former boxer, international boxing promoter and even ventured into mentoring young and enthusiastic boxers. Apart from encouraging sportsmanship, he now also promotes a healthier lifestyle through the medium of boxing. Amjad has spent three years with the Indian army and now acts as a mentor, guide and promoter to be boxers and helps them find their way around this industry.

His humble goals reach the people through, Amjad Khan Boxing Foundation and Amjad Khan Boxing Academy. Through his foundation and academy, Amjad has been providing a host of activities that benefit the community and the youth. He promotes young and deserving boxers who cannot afford proper training by looking after their sponsorship and making them fit for international tournaments. Amjad himself has taken part in various international tournaments and his unique insight is very helpful to his mentees. He promotes the cultivation of a healthy lifestyle via boxing.

Through his foundation, he has organised various fights and given a unique chance to boxers to grow. His advisory group has also been a constant support. Let’s have a look at all the fight matches organised by him.

Amjad Khan also organised another fight in the cold winter of January 2019 in the grand Marwah Studio. The fight was graced by many dignitaries and Chandan Singh acted as the matchmaker. New Fighters promoted through this event were- Vinay Verma, Chiranjit Bauri, Sourav Khatri, Rahul Kumar.

Amjad Khan sensed the popularity of these fights and did not stop. His foundation organised yet another fight in the spring of March 2019. Many new faces were given a chance with Chandan Singh acting as the matchmaker. Some of them were- Budh Singh, Gaurav Kumar, Saurabh Choudhary, Sanjeet Gill, Sourav Khatri, Parminder Singh, Reshad Ahmad Ziaie.

Another fight was organised in Noida in June 2019. Amjad promoted many first timers, thus giving their career a new direction. Chandan Singh was matchmaker, yet again. Among others, some first timers at the fight who gave their best were- Sachin Dekhwal, Manoj Pal, Kuldeep, Mohd Azhar, Yash Beniwal, Parveen Kumar, Sachin Nautiyal, Urvashi Singh, Anuditya Sharma.

As of late, the most recent fight organised by Amjad Khan under the banner of his foundation was in Mumbai. The grand venue this time was Bhavani Petg, Pune. This match saw a wave of new and young boxers trying their hand at professional boxing. Among the new ones were- Sanjay Kumar, Ravikant Vats, Bobby Singh, Aaryan Chikara, Juber Ali, Harsh Gill, Sangeeta Singh, Ashish Singh.

The ongoing pandemic has dampened the valour of fights and boxing, but the spirit has remained the same. 2020 was a dry year for sports but Amjad Khan says, “The pandemic has put a break on fights but not on our thoughts and ideas to create boxing, a major sport in India. Throughout the pandemic, my team has been brainstorming and gathering data. We are coming up with a lot of surprises and big things. I’m sure the nation will embrace boxing more than ever.”

Lately, Amjad Khan is busy with Boxer Mandeep Jagra who has been sent to the USA to fight a professional match in Florida. Mandeep has always found the support and promotion of Amjad Khan and is now scaling heights.

Related Topics:Amjad Khan
Up Next