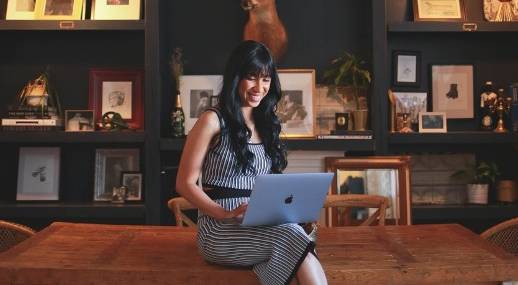 Most people do not think it is possible for a female to rise to the top in her career. Well, one story proves them wrong, the story of Samantha McGregor.

Samantha McGregor is a digital strategist and email marketing expert. As a female entrepreneur, she is always focused on getting other females to the top. She may be at the top or still on her way to the top, but nobody is born at the top. We all have to work our way there, right?

From the age of six, Samantha has lived in Toronto, Canada till this day. The journey to the top was not easy for her as she had to compete with men on her way to the top.

Being a successful businesswoman, she first had to work for a company, which offered services in line with her goals and aspirations. She faced a lot of challenges over the years, but her will and determination brought her to where she is today. In fact, one of her biggest challenges was being the only female executive at her first job.

According to her, she was up against two things. First, she worked on something the company felt was a little irrelevant at the time. Even though they acknowledged that she was doing the right thing, they found it difficult to give her the support she needed. Second, she was not all that vocal in board meetings. This was seen as a disadvantage because she was always up against opinionated men.

But she never saw any disadvantage in the way she worked because she knew her strengths. One of them was being able to process information properly and weigh her options thoroughly. She preferred that to spontaneous decisions, which she found very difficult to adjust to.

It wasn’t long before she left the company to work for an organization whose CEO and culture was aligned with her values. But sometime in 2018, this company was acquired and she was afforded some time to really think about her next move in life. She was always in search of that extra drive and guidance, and after speaking with her former CEO, she decided to go into business.

Meanwhile, she considered doing some other consulting jobs in the meantime. So, she started to consult for a firm. There, she got clients who were in search of her services.

Her experiences as a startup entrepreneur weren’t easy. There were challenges of finding the resources, making a good and suitable plan, and getting the right advice. Now that she has established herself in the industry, she is really passionate about coaching other eCommerce entrepreneurs to get to the top.

The breakthrough came sometime in 2019 when the pandemic hit. She found herself being sought after from all over the world. That was how she niched down in her business, testing her strategies and coming up with the perfect plan.

Her advice for other entrepreneurs is to develop two great qualities, tenacity and resilience. She believes one has to believe in one’s self and have a clear purpose. There are endless resources in the world. All she is saying is know where to look, and work hard enough to find them. Who knows? You might be the next Samantha McGregor.