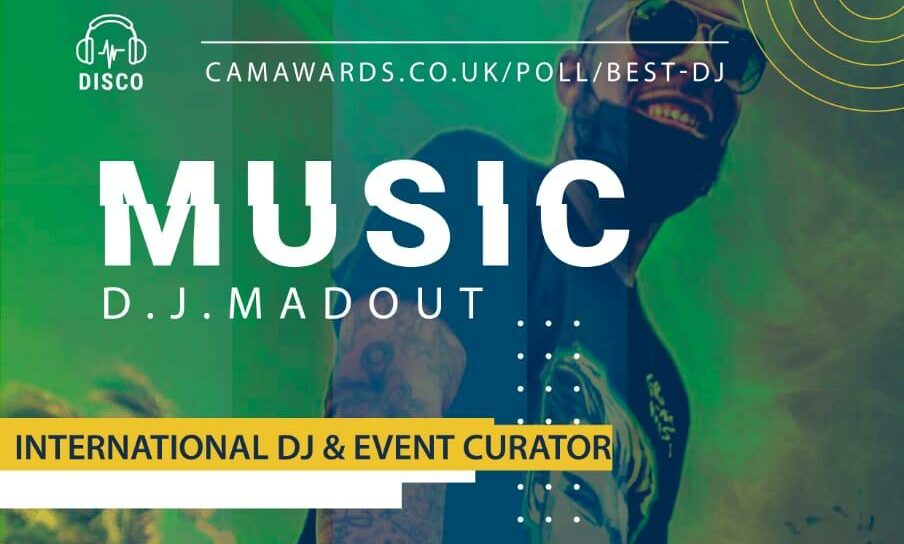 Born and raised in the Bronx, NY to a single mom, DJ Madout embodies all of the hustle, drive, and creativity that the borough breeds. He spent his weekends with his mom in her hair salon, watching her develop as an entrepreneur and listening to all the classics like Lionel Richie, Frankie, and Beverly as well as gospel classics. DJ Madout grew into his style of mixing music.
Inspired by the process of developing music across all genres, DJ Madout knows he was born to mix it up. Influential reggae greats like Sizzla to alternative bands like Green Day heavily impact his style as a creative.

DJ Madout has spun for some of the most popular icons in the business such as The Marley’s, Hood Celebrityy, Fred Da Godson, Shaggy, Sean Paul, Gucci Mane, Juelz Santana, and Ace Hood to name a few. This young DJ is not only in our tri-state but is also traveling and taking the world by storm as he recently toured the Caribbean Islands as well as Australia and the UK. DJ Madout has entertained crowds from the Lotte Palace in New York to guests of NBA champion Stephen Curry and his wife Ayesha. DJ Madout is now working on his first EP which will be an
infusion of genres that represent his experiences and encounters as a DJ.

DJ Madout is truly devoted to being creative as well as giving back to the community that raised him beyond the turntables. Recently he became an ambassador to the organization Music Over Violence, a program designed to bring awareness to gun violence and help prevent it. He has joined forces with the 100th Speaker of the New York State Assembly Carl E. Heastie to produce events that give back to the local Bronx community as well as empower the youth. DJ Madout continues to grow his brand and embrace new endeavors. He is not only wrapping up his EP but also pursuing other entrepreneurial opportunities establishing himself as far more than a DJ.

Pranay Vivek Patil on the significance of Holi in Indian subcontinent.

Preeti Chaudhary: Famous Youtuber all set to make a name in the entertainment industry.