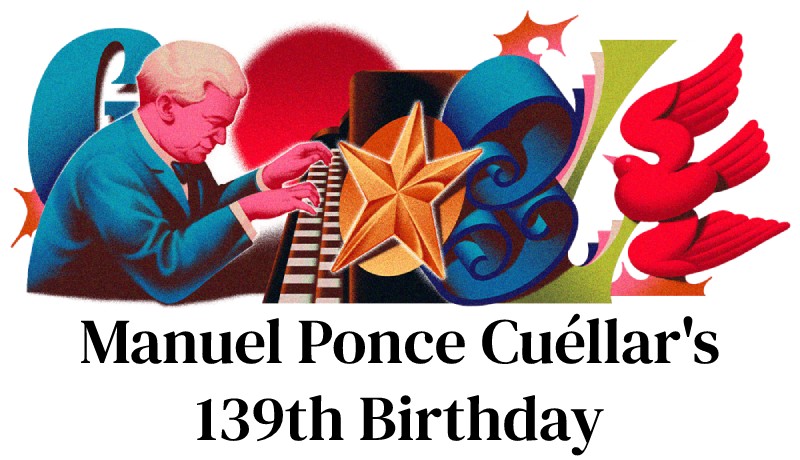 Who was Manuel Ponce Cuéllar?

A Mexican composer Manuel María Ponce Cuéllar was active in the 20th century. His work as a composer, teacher of music, and scholar of Mexican music connected the concert scene to a popular song tradition and Mexican folklore that had been mostly forgotten. The harmonies and forms of traditional songs strongly influence many of his compositions.

Manuel Maria Ponce, who was born on December 8, 1882, in Fresnillo, Zacatecas, moved with his family to the city of Aguascalientes shortly after his birth and remained there until he was 15 years old.

He was well-known as his musical prodigy; Biographers claim that he sat in front of the piano and interpreted one of the pieces he had heard when he was just four years old. He had listened to his sister Josefina’s piano lessons. His parents ordered him to take piano and musical notation classes right away.

In 1901, Manuel Ponce Cuéllar entered the National Conservatory of Music, as of now with a specific glory as a pianist and composer. He remained there until 1903 when he moved back to the city of Aguascalientes. His travels had only begun with this. He went to Bologna, Italy, in 1904, to study advanced music at the Conservatorio Giovanni Battista Martini.

Between the years 1906 and 1908, Manuel Ponce Cuéllar attended the Stern conservatory in Berlin as a student of Martin Krause in Germany.

Manuel Ponce Cuéllar’s most well-known composition, “Estrellita” (the “little star”), was written in 1912; contrary to popular belief, it is not a typical love song but rather “Nostalgia Viva” (live nostalgia).

That same year, Ponce gave in the “Arbeau Theater” a memorable concert of Mexican popular music which, however, scandalized passionate defenders of European classical music, and became a landmark in the history of the national song.

Manuel Ponce Cuéllar was awarded the National Science and Arts Prize in 1947.

Manuel Ponce was married to Clementina Maurel, who died next to him in Mexico City. Ponce is honored with a prominent monument in the main square of Aguascalientes, where he grew up and first studied music.

Ponce composed music for orchestras, chamber ensembles, and solo instruments. Within the collection of works that we are aware of, his piano and guitar works outnumber those that are dedicated to other solo instruments. Ponce’s best-known work is Estrellita.

“Estrellita” (1912) is one of Manuel Ponce Cuéllar’s melodies that can still be heard today in a variety of arrangements.

On December 8, 2022, Google featured a Doodle on its homepage in Mexico for celebrating Manuel Ponce Cuéllar’s 139th Birthday.