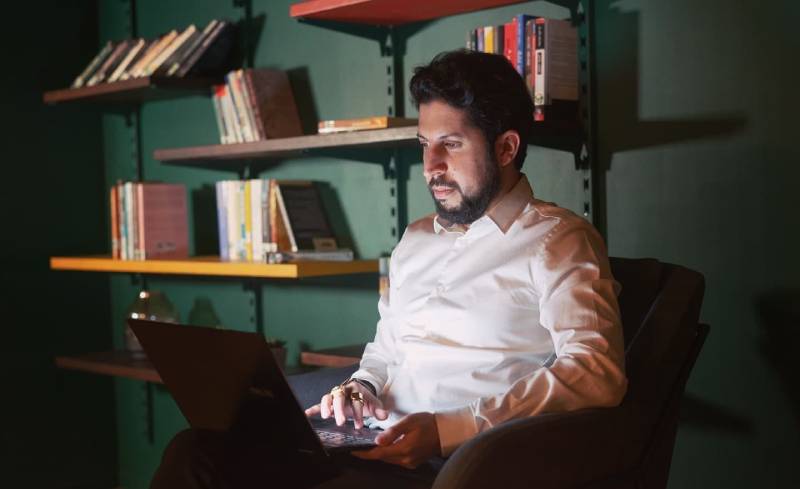 Storycards has created a unique solution for startups and brands. The company hopes that its invention, the first no-code engagement platform, will deliver next-level engagement and user experience while fostering a new culture that will improve the startup’s KPIs faster.

“Startups spending a lot of money to create technology for marketing. Storycards free the development team to focus on significant challenges and give them the power to create marketing products without spending money and resources,” Rabbi says.

Storycards focus on creating engagement with users. These commonly include trivia, quizzes, questionnaires, and other forms. “To increase the number of leads, and more importantly, the quality of the leads, you need good data, but first you need to give an experience. We see a significant increase in lead quality of over 70% in products that are involved user in content, such as questionnaires and content that gives value to the user, observes Rabbi.”

Rabbi knows something about engagement, he is considered one of the global experts in creating digital products that improve engagement. His main specialty over the last decade has been how to make users stay longer on sites and apps, making them more involved in content, while on the other hand, he allows website and apps owners to get more information about their users.

“The startups that work with us produce these products in minutes, in their design and like it was developed especially for them and with zero development costs,” Rabbi says.

What makes Storycards work without coding is a nascent technology: artificial intelligence. The platform provides feedback on how to improve itself and increase the level of engagement with the users. Storycards assign a score for each product created on the platform, showing what users are doing with it and what should be changed in real-time.

Stop wasting money on AB testing.
Every startup knows how much energy and money he spends every year to do good AB testing, the issue with AB testing is that it’s always not enough, but you have a budget you need to work with.

Storycards try to change this game, “AB testing doesn’t need to cost a lot of money anymore” , says Rabbi, you can create many marketing products easily, at no cost to market, and learns faster what works for every target audience.”

The data is always yours.
One of the essential things for startups is the data. So many companies choose not to work with external marketing platforms so as not to lose the data or leave users’ information outside the organization.

It looks like all things regarding data in the Storycards platform were created specifically for startups’ needs, so all the information is transferred to the company’s internal CRM systems in real-time, in addition to the statistics and analysis tools of the platform itself.

A new way to gather data
With new privacy protections drying up the flow of granular user data, Storycards could not be more timely. Google has announced plans to pull third-party cookies on Chrome by late 2023. And as of April of this year, Apple’s iOS requires apps to ask users if they want to be tracked, which has left social media companies like Google, Facebook, and Snap flying blind or using look-alike models. (According to mobile-apps researcher Flurry, U.S. iPhone users opt-out of tracking roughly 82% of the time.)

Rabbi thinks that engagement products will be the new superstars of startup marketing. He says the more startups can engage with their users and the more data they collect, the less they will be at the mercy of big tech gatekeepers. Storycards allow creators to create segments and audiences based on user preferences and responses, allowing startups to create the specific segments that they need.

“These are exactly the segments that Facebook and Google cannot provide,” Rabbi says. “Storycards is not only a key tool to create products for startups; it gives them a competitive advantage.”

“We are the only platform that gives the ability to create a campaign for specific targets that advertisers want. If the advertiser wants to create some ads only for people that smoke 10 cigarettes a day, Facebook can’t give these details or target (them). With Storycards, you can. Because you can create something that offers preferences, and the user chooses this,” he explained.

Storycards is the brainchild of Gil Rabbi, who was chosen among the most influential people under 40 in the 40 under Forty list for 2018 and for one of the 100 most influential people in the digital fields in 2016. His focus over the past decade has been developing technologies that make users stay longer on sites and apps, making them more involved in the content while the website and apps gather more information about their users.