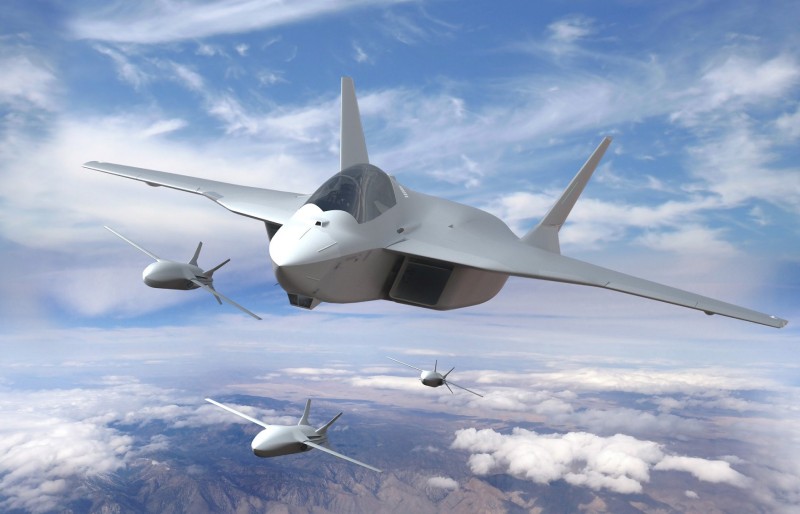 The United Kingdom, Japan, and Italy announced Friday that they would collaborate on the development of a next sixth-generation fighter jet with the goal of competing with or surpassing the best warplanes currently used by China, Russia, and possibly even the United States, the main ally of the trio.

Japan’s first major industrial defense collaboration outside of the United States since World War II is merging its next-generation jet fighter projects with those of Britain, Italy, and Japan in a groundbreaking partnership that spans Europe and Asia.

The aging fleet of F-2 fighter jets developed by Japan and the United States will be replaced by the Mitsubishi F-X.

The next-generation combat aircraft, which will be put into service in 2035, will combine the F-X from Japan with the Tempest from Britain, which is a successor to the Eurofighter Typhoon. Britain will be able to expand its presence in the Indo-Pacific region thanks to the agreement, which will give Japan more support in its fight against China’s growing assertiveness.

In a joint statement, British, Japanese, and Italian leaders said, “We are announcing the Global Combat Air Program (GCAP) – an ambitious endeavor to develop a next-generation fighter aircraft by 2035,”

Although the statement by the leaders did not specifically mention China or Russia, it stated that the new fighter jet is required due to the fact that “threats and aggression are increasing” against the “rules-based, free and open international order.”

The leaders stated, “Defending our democracy, economy, and security, and protecting regional stability, are ever more important,”

The British government stated in a separate statement that the development of the new warplane is anticipated to begin in 2024 and that it will be operational by 2035.

According to the British statement, it will showcase technologies from each of the three partners.

“The ambition is for this to be a next-generation jet enhanced by a network of capabilities such as uncrewed aircraft, advanced sensors, cutting-edge weapons, and innovative data systems,” it added.

It is thought that the new jet will take the place of Japan’s F-2 and Britain’s Typhoon fighters.

Without the assistance of the United States, the world’s leading manufacturer of warplanes, Britain, Japan, and Italy will pursue their own paths under the new program.

The United States fifth-generation F-35 stealth fighter program involves all three nations flying the F-35, which is assembled in Italy and Japan. The F-35 program is unlikely to be affected by the new aircraft.

The announcement of the fighter jet on Friday came four days after Prime Minister Fumio Kishida made plans to increase Japan’s military spending over the next five years, including a significant increase in defense spending. The government will need to spend an additional 4 trillion yen ($30 billion) annually on defense in order to meet its five-year spending goal of 316 billion yen ($43 trillion). A quarter of that will be paid for by raising taxes.

It is anticipated that the country will be able to use long-range missiles and have the capability for preemptive strikes in the revised national security strategy, which is expected to be released later this month. That is a significant and contentious departure from Japan’s 1945 defeat in World War II-era self-defense-only defense policy.

Japan has been expanding its defense partnerships with countries in the Indo-Pacific, including Australia, Southeast Asian countries, and Europe, in order to counter China and North Korea’s growing threats.

After Kishida and Australian Prime Minister Anthony Albanese signed a new bilateral security agreement in October, Japan and Australia were to hold “2 2” security talks of their foreign and defense ministers in Tokyo to discuss further deepening military ties. In light of China’s growing assertiveness, it covers cooperation in the military, intelligence, and cybersecurity.

The strategy of the allies is supported by the United States

The Pentagon affirmed its support for the development of the new warplane in a joint statement with the Japanese Defense Ministry.

“The United States supports Japan’s security and defense cooperation with like-minded allies and partners, including with the United Kingdom and Italy – two close partners of both of our countries – on the development of its next fighter aircraft,” the US-Japan statement said.

In the meantime, the UK, Japan, and Italy statements stated that the new plane would be designed to integrate with all of their partners’ and allies’ defense programs.

“Future interoperability with the United States, with NATO, and with our partners across Europe, the Indo-Pacific, and globally – is reflected in the name we have chosen for our program. This concept will be at the center of its development,” it said.

Customers of planes like the F-35, according to critics, have sometimes been unable to modify them to meet their specific requirements due to strict US export controls on military technology.

The Next-Generation Air Dominance (NGAD) program is also developing a sixth-generation fighter aircraft for the United States. It is intended to succeed the F-22, which, along with the F-35, is regarded as the best fighter jet in the world.

The goals of the UK-Japan-Italy plan are similar to those of the NGAD program.

According to a US Congressional Research document, “The Air Force intends for NGAD to replace the F-22 fighter jet beginning in 2030, possibly including a combination of crewed and uncrewed aircraft.”

However, as of now, the US is chasing after the NGAD program alone.

The leaders of the British, Japanese, and Italian countries emphasized the advantages of cooperation.

Their joint statement stated that it would “deepen our defense cooperation, science, and technology collaboration, integrated supply chains, and further strengthen our defense industrial base.”

Additionally, the program is anticipated to boost the economy.

In the statement, it was stated that “this program will deliver wider economic and industrial benefits, supporting jobs and livelihoods across Japan, Italy, and the UK.”

According to the British statement, a PricewaterhouseCoopers analysis from 2021 predicted that the new warplane program could support approximately 21,000 jobs annually by 2050 and contribute $32.1 billion (£26.2 billion) to the economy.

In the meantime, it is believed that China and Russia are also pursuing sixth-generation aircraft.

But most people think that the F-35s made in the United States are just as good or better than the Chinese or Russian aircraft.

The future combat air system projects of the UK, Italy, and Japan are combined in this partnership with the Japanese F-X program.

The ministers hope that other nations will eventually join GCAP.

Tokyo is about to undergo the most significant alteration to its security strategy in decades, which coincides with Friday’s announcement.

The public authority intends to increase safeguard spending – a disputable move in a country whose constitution limits the military ability to apparently self-defensive measures.

However, support for a larger budget has grown as a result of the war in Ukraine, the numerous missile launches from North Korea, and the growing pressure from China.

Mitsubishi Heavy Industries, BAE Systems, and Leonardo will be in charge of the new project, Tokyo’s second joint development after the SM-3 missile it developed with Washington.

The Global Combat Air Program is the latest high-profile example of allied nations working together on an ad-hoc basis to develop defense equipment.

When the United States snatched a lucrative contract from France to supply Australia with submarines and launched a new U.S., U.K., and Australia alliance in the Pacific, known as AUKUS, such actions became controversial the previous year.

The foreign and defense ministers of Australia are scheduled to meet with their Japanese counterparts in Tokyo later on Friday for security discussions.

U.S. and Australian ministers met this week in Washington and agreed to welcome Japanese troops into three-way rotations, promising to stand together against China’s rapid military advances.

Iraq, Kuwait, and the United States completed a second joint patrol in the Arabian Gulf