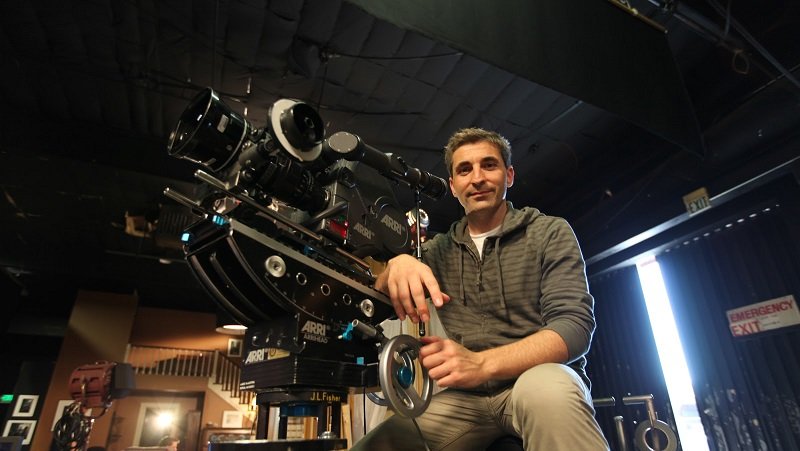 Two consecutive summers put filmmaker Javier Armijo overseas for what would be his first major cinematic effort as a camera operator on an indie documentary feature, Chasing Red. The film follows four participants of the venerable tradition of running with the bulls in Pamplona, Spain. “There was no pay, but free airfare, a place to stay, and the opportunity to work on a project in Spain, where my heritage hails from. How could I say no?” Nabbing the job from a Craigslist posting, Javier knew it was meant for him. “Director/producer Dennis Clancey wanted someone who could bring their own equipment. I knew that was me, and being a native Spanish speaker helped seal the deal.”

Javier Armijo is quick to point out that Chasing Red was his first major project and also his most challenging to date. “I was carrying very heavy cargo on an international journey, the documentary coverage required 24/7 attention because the festival in Pamplona, known as Fiesta De San Fermin, lasts for 10 consecutive days. You have to struggle with inebriated crowds throughout the night and piously dedicated runners early in the morning. We also needed to focus on 4 characters who represented a cross-section of runners– an experienced runner who teaches the art to tourists, a native Spaniard who feels mystically connected to the event, a Chicago area writer and boxer who feels the same and a  visual artist coming to experience the mystique of running with the bulls for the first time.”

Armijo offers advice to anyone planning an overseas shoot: “I wish I had known to register my equipment with US Customs before departure, upon re-entry, they assumed I purchased my equipment overseas. They let it slide, but it could have been an issue. Having press passes was profoundly helpful. It helped to distinguish you from just another in the crowd; sometimes it drew attention from wayward tourists trying to get on TV, but it gave you access to locations on the run-route for great shots. I had to learn to always be ready. There’s so much going on, it’s easy to miss great opportunities. A run-and-gun set up with good audio is essential.”

The film finally made its premiere in 2015 at the LA Indie Film Festival, where it was coveted with their highest honor, Best of Fest, 2015.  “It was an honor to be involved,” reflects Armijo, “I look forward to returning to Pamplona someday, but probably when the festival is not going on. It’s a quaint, beautiful and quiet town, believe it or not.”