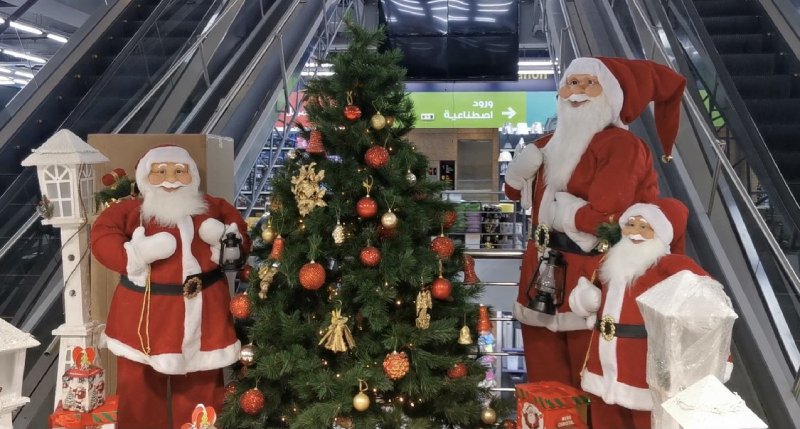 Statistics from “World Remit” show how the celebration of the festive season has become very expensive, and it turns out that Lebanon is at the forefront of a group of countries in terms of the cost of celebrating. This is because families in several countries struggled during Christmas in order to be able to secure the necessary expenses for the celebration. Additionally, the economic crisis imposed a change in the patterns of celebration for many.

In 60 percent of the countries in which the research was carried out, it was discovered that in order for a person to be able to pay for all of the possible expenses during the holiday season and have a full celebration, he or she must spend more than their monthly budget. As can be seen, the cost of gifts is the highest in more than half of the countries in which the cost was studied.

According to WorldRemit, due to rising inflation, many families worldwide should anticipate spending up to 156% of their monthly income this Christmas.

The majority of the average cost was spent on food during the Eid holidays in 14 of the countries studied in the 2021 study.

According to the study, the number of countries surveyed increased by nine this year.

The majority of people in developing economies, such as the Philippines, Uganda, and Nigeria, should spend more than 100% of their monthly income on Christmas, according to the 23 countries surveyed in 2022. On the other hand, Christmas costs 65% more in the United Kingdom than it did in 2021.

“Selected Christmas items based on desk research for traditional Christmas meals in the country, as well as gifts, travel, and decorations,” the authority that prepared the study stated. This is based on the average cost of each item for a family with a typical income. This is based on prices found online in the middle of October 2022.

The prices on October 24 were used in the calculation of the exchange rate, which was based on the local currency. The food costs are the total cost of a family’s dinner. Cost of Christmas trees, decorations, and other items, as well as total gifts for friends and family

Additionally, “World Remit” places Lebanon and Canada first and second, respectively, with total costs of $ 2100 and $ 2058.

In light of the numerous crises that are afflicting the nation, as Christmas approaches, the Lebanese are attempting to restore some festive spirit and spread a positive atmosphere.

Lebanon was beforehand a center-pay country, however, it is presently experiencing an emergency that the World Bank has named one of the most exceedingly terrible emergencies beginning around 1850, because of many years of corruption and economic mismanagement that finished with the financial breakdown in 2019.

The value of the Lebanese pound dropped by more than 95%. The largest emigration wave since the civil war that lasted from 1975 to 1990 saw tens of thousands of Lebanese flee the country in search of work abroad, as well as the collapse of basic services and the removal of subsidies for nearly all goods.

However, citizens still took pleasure in the festive atmosphere despite this.

Kuwait and Canada want to improve their partnership and ties