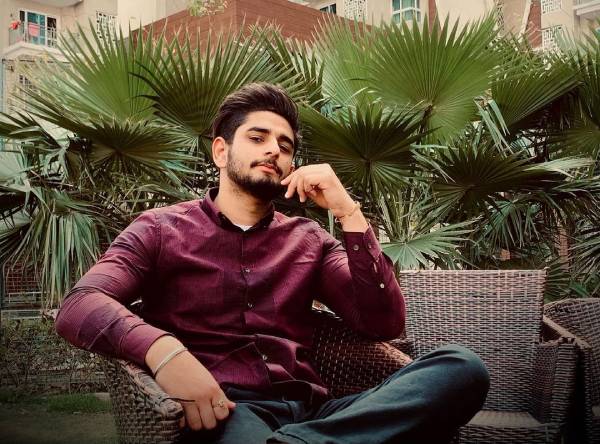 It is officially confirmed from the sources that Mauji (Punjabi Singer) new Punjabi song is going to be released next month ,and name of the song will be Moon, Music by Devilo ,Lyrics & Composed by Mauji. As sources revealed that it will be a romantic song. Many of his fans are eagerly waiting for his new song.

Saksham Sharma is better known as Mauji, is an Indian singer, lyricist and model associated with the Punjabi music industry. on 25 April 2021, he debut his singing career with the song Tera Goriye.

After that, he gave many hits like No More Chances , Defame and Moon (Going to be released soon).

He was born in 2000, in a Hindu family in the village of Mehatpur, district –Una, Himachal Pradesh, India. Now he lives in Anandpur Sahib, Punjab India. He passed his metric from Mount Carmel, Nangal Dam and 12th from Captain Amol Kalia school, Nangal Dam. Now he is pursuing his B.Com from Goswami Ganesh Dutta Sanatan Dharma College (Panjab University) Chandigarh.

He wants to be a singer since childhood. Mauji never misses any chance to sing. He continued his studies as well as learning singing.

in April 2020, He debut his singing career with the song Tera Goriye, Audience gave a lot of love to this song.