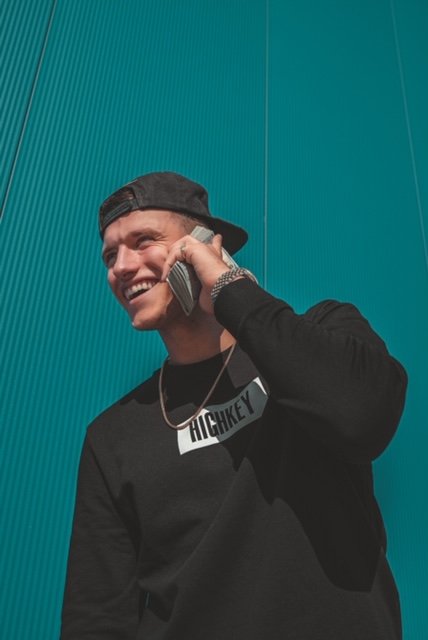 At just 23 years old, Jordan Lintz has managed to do something that many people aspire to achieve their whole lives: successfully launch and scale three startups into companies earning six and seven and even 8 figures. Jordan is a networking genius who has managed to turn his passion for influencer marketing into the start of an industry-shaping empire.

Originally from Manitoba, Canada. Jordan attended high school in Winnipeg and then attended a local university, since that seemed the next natural step. He soon realized that, unlike most people, he didn’t want to follow the standard life script and dropped out halfway through university to pursue HighKey.

While he loved the organized structure and goal-driven setting that school provided, he found that he could achieve the same formalized structure with business while pursuing his own dreams. Like many successful college drop-outs before him, Jordan strongly believes that education isn’t necessary for everyone to go after their ambitions. However, he warns that this step shouldn’t be taken without a proper plan. “If you don’t need school, then leave, but not before you know what you need,” he said.

Clearly, leaving school to work on HighKey was the right choice for Jordan, as he’s well on his way to becoming a business mogul in his own right. His first company, HighKey Technology Inc., is an e-commerce consumer technology brand. Drop-shipping seemed a natural way to start making money to Jordan, and so he launched the company in 2016 while he was still studying. As any new business owner can attest to, this time was filled with a lot of lessons, the most important of which, according to Jordan, is that persistence is the gateway to success.

Jordan soon realized that if he really wants this company to take off, he’s going to have to make the leap and put all of his efforts into it. Passion instead of money fueled his fire, and he wanted to do all he could to see this through. So Jordan and his team didn’t take any wages for the first two and a half years of running HighKey. He simply felt that the business needed the injection of cash more to expand, and was willing to give up some personal conveniences to ensure that happened. According to Jordan, that level of dedication and drive are traits that every successful entrepreneur exhibits.

Now Jordan, along with his co-owners, has launched two more businesses under the HighKey umbrella: HighKey Agency Inc., which was founded two years ago, and HighKey Clout Inc., which is around a year old. Both companies focus more on Jordan’s fascination with the world of celebrity and social influence. Jordan grew up when people were just starting to get famous on platforms like YouTube and Instagram, and now on Tik Tok. He has followed the rapid growth strategies these celebs and influencers follow to attain their fame and knew that he wanted to be part of that somehow.

Even though his companies are doing well, and HighKey Clout has already managed to hit the six-figure mark within its first month, Jordan doesn’t plan on ever retiring because this is his life’s work, and it’s what he loves spending his time on. “I don’t work because I have to. I work because I want to,” he explains. Jordan isn’t planning on slowing down his efforts any time soon, either, and still has plenty of big plans in the works.

Follow Jordan Lintz on Instagram at @jordanlintz to see what the entrepreneur is up to and participate in one of the many giveaways his company hosts every month.